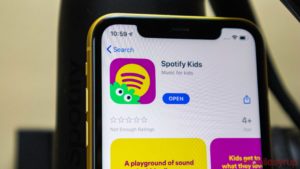 Spotify has rolled out a standalone Spotify Kids app to help children find more songs that are both up their alley and appropriate.

The streaming giant launched this app in a handful of other countries last year, but it decided that given the COVID-19 outbreak, it should start rolling the feature out to more users.

The app is launching with around 125 playlists and over 8,000 songs. Spotify also says it’s adding more songs and audiobooks to the platform over time.

In the company’s press release, it mentions that it’s added more lullabies to the app to make finding bedtime music easier. Other types of music in the kids’ app include a ‘Hygiene’ focused playlist, Disney songs, regular tunes and locally themed options as well.

This app is only available to people that already subscribe to a Spotify Premium Family Membership. It’s also worth noting that only the head of the household can set up a child account.

You can download Spotify Kids on iOS and Android.