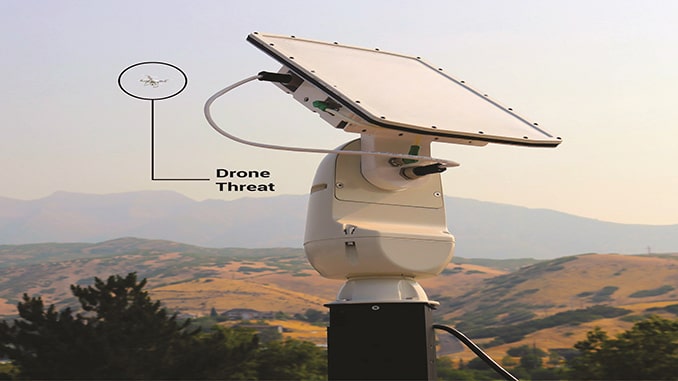 US: SpotterRF has been awarded a patent by the U.S. Patent office for the 3D-500 360° full-dome radar that was developed to detect drone attacks and is the latest in a line of counter-drone radars from SpotterRF. The 3D-500 is the first radar that creates a full-dome drone detection volume from 0 to 90 degrees in the vertical and 360 degrees in the horizontal with a single radar that weighs 12 pounds. The 3D-500 radar measures latitude, longitude, and altitude of all aerial targets in a 1 km wide semi-hemisphere dome, even directly above the radar with no gaps in coverage. Rapid threat assessment is simple with the automatic AI-driven classification and 3D tracking of CUAS combined with fully automated camera queuing on the target.

“Perimeter protection has now become a three-dimensional problem needs a three-dimensional security sensor to detect and mitigate those threats. This patent award recognizes the uniqueness of the 3D-500 radar and demonstrates the type of innovation that the industry has come to expect from SpotterRF,” states Logan Harris, SpotterRF CEO.