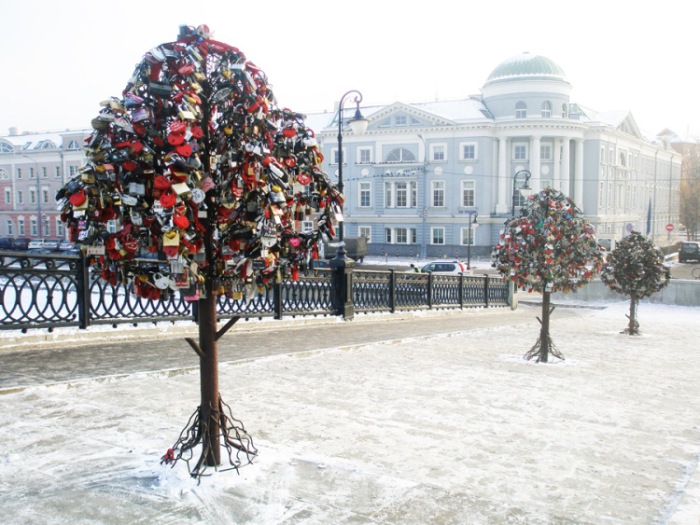 Stockholm, like many other cities, has bridges ‘infested’ with so-called ‘love locks’. Removing these locks before they damage the structure of the bridges is a constant challenge. I don’t like them myself, because they seem to show lack of respect for what are often very old and beautiful bridges. I have previously written about them here.

I recently read about Luzhov Bridge in Moscow. This bridge, as many others in Europe, was a victim of love locks which threatened the structure.

These trees are made of iron and have branches where you can fasten your padlock. When these trees become full, they are ‘replanted’ on the embankment, and new ones appear on the bridge. This bridge is also called Tretyakov bridge because it is a part of the Tretyakov gallery complex and the bridge of kisses where the lovers seal their love with the lock that they put on the tree on the bridge. There is also a ‘reconciliation bench’ on the other side. 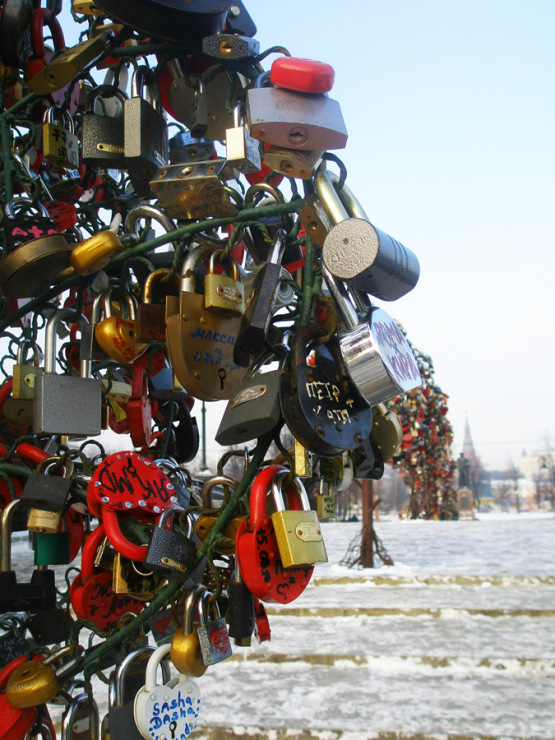 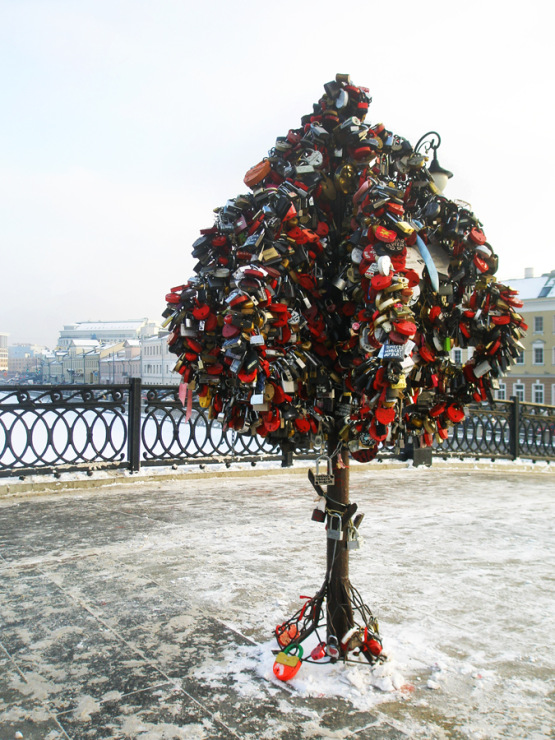