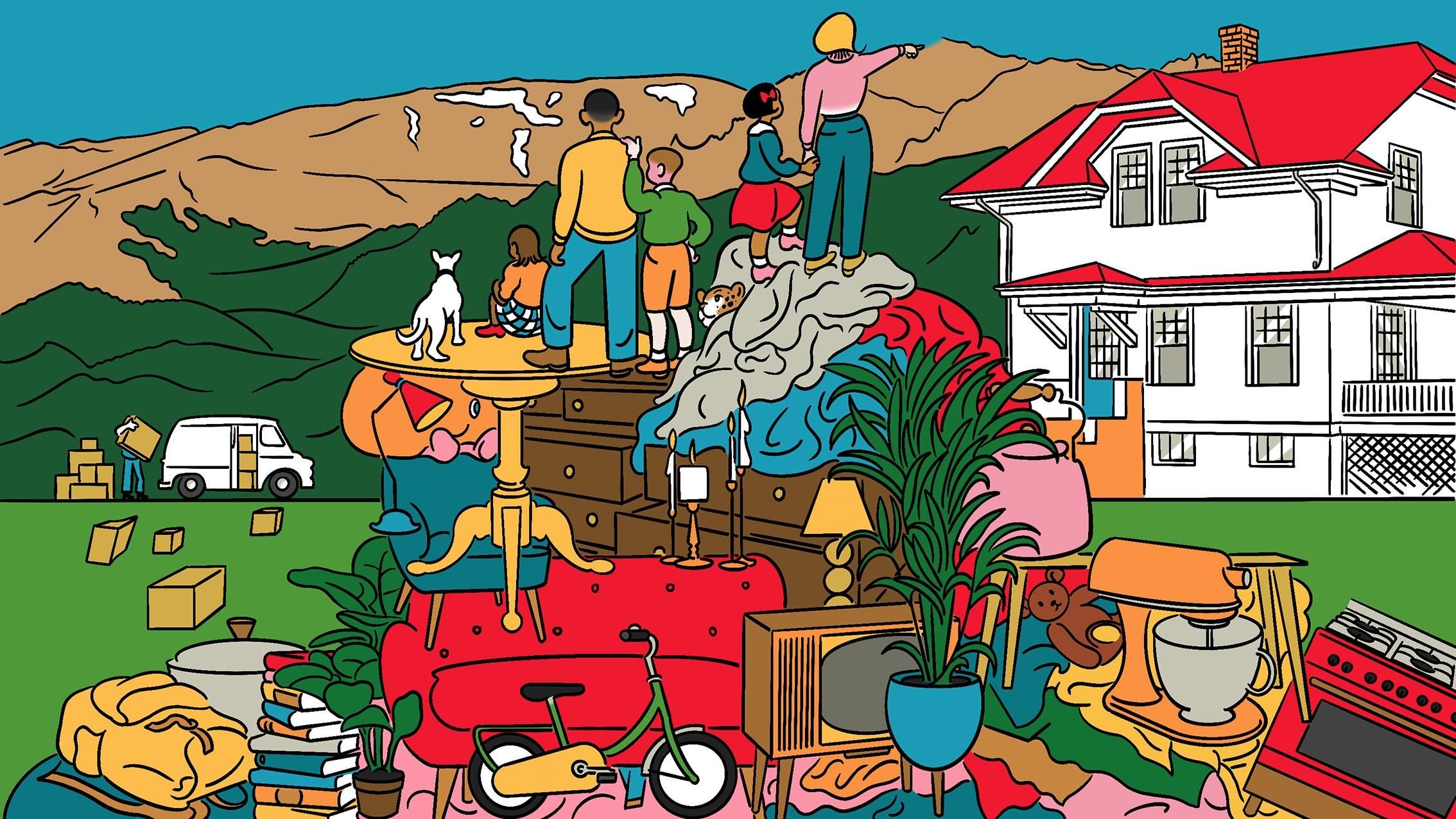 This was the year online shopping really took off. Many people who weren’t already doing it have been forced to by lockdowns, and the rest of us have taken to buying more stuff than ever. Inflatable pools, garden furniture and large-screen televisions have been flying off the virtual shelves.

Many online retailers have had to recruit thousands of new workers (Amazon has hired more than 400,000 this year, increasing its global workforce to 1.2m) and open new warehouses (some of them, ironically, converted from shopping malls that have fallen into disuse). In Italy, a laggard in internet shopping compared with other European countries, a local retail consortium says there has been a “ten-year evolutionary leap” towards buying things online. Across the world this winter, records are sure to be smashed as people stay away from high streets and malls, and shop for presents and festive food from their sofas instead.

The amount of shopping from home may be unprecedented, but the idea is hardly new. For decades people have been buying things from catalogues inserted into newspapers, or in response to cheesy television infomercials. The original “everything store” that let people shop for almost anything without leaving the house had its origins in 1888, when Richard Sears and Alvah Roebuck, entrepreneurs from the American Midwest, began selling watches and jewellery via a mail-order catalogue.

As they branched out into other product lines, including sewing machines, bicycles and even cars, their catalogue steadily increased in size. By 1908 it offered more than 100,000 items over 1,400 pages, weighed four pounds and was delivered to a fifth of American households. Sears, Roebuck and Company went public in 1906, the first big retail ipo in American financial history and a landmark in the development of American consumer culture.

Remote shopping was popular in part because it gave people in rural areas access to things they couldn’t buy from local general stores. To shoppers in the early 20th century, most of whom had never been to a department store, the range of goods on offer must have seemed extraordinary. The Sears, Roebuck catalogue also offered clearly stated fixed prices, whereas managers of general stores would often negotiate over prices before ordering in specific items for individual customers, depending on their perceived creditworthiness.

Even in 2020, flicking through a reproduction Sears, Roebuck catalogue feels like wandering around an Aladdin’s cave. Turning the page can take you into an entirely different category of product. There is more room for serendipity than in Amazon’s algorithmically determined user-journey, which is designed to help shoppers find what they are looking for, then sell them more of the same.

By 1908 the Sears catalogue offered 100,000 items, weighed four pounds and went to a fifth of American households

If something was able to be bought, you could buy it from Sears, Roebuck. It even sold mail-order houses, though some assembly was required: these “kit homes” could, the company said, be assembled in less than 90 days. “You have no mitering, no measuring to do – you simply nail them together,” declared the catalogue in 1918. To begin with the company offered a choice of around 40 models, which subsequently increased to 447 different designs, with names like “The Alhambra” ($4,006) and “The Westly” ($3,729). Amazon, which now sells nearly everything, including groceries, voice assistants and cloud computing, has come a long way since its early days as a bookshop. But even it doesn’t sell flat-pack houses. Yet.■