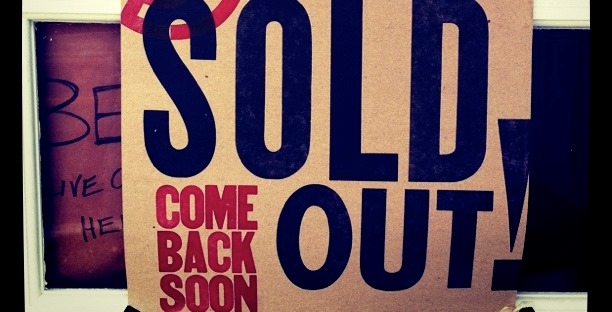 A theme in my work with clients is how often we're unprepared for "the problems of success." We're usually at least somewhat prepared for things to go badly. We consider the various ways a given effort might fail; we assess the likelihood of failure; and we develop a set of contingency plans in accordance with those possibilities.

But we can be caught by surprise when things go well. It's as if our negativity bias blinds us to the possibility that a given effort might not only succeed but even surpass our expectations. [1] And then we find ourselves scrambling to cope with the various complications that result--the problems of success.

This dynamic can take countless forms, but there are several aspects that I see commonly in my practice:

Be Careful What You Wish For

Leaders may feel held back by insufficient capital, insufficient talent, or even insufficient prominence. If they had more money, they could hire more people (or more effective people, or both), who would then enable the business to fulfill its potential, attaining the prominence that it deserves, which would make it more profitable or attractive to investors, ad infinitum.

Such insufficiencies are very real problems--I've seen them cause businesses to fail and disrupt scores of lives in the process. But I've also seen the converse: a surplus of money, people or prominence can also cause a host of problems. And while I haven't seen such surpluses cause a business to fail outright, I have seen them cause a great deal of dysfunction and turmoil, which led to underperformance in a number of ways.

I'm not suggesting that leaders should necessarily defer growth to stay "lean and scrappy"--as I've noted before, "a CEO who's spending time on tasks that could be delegated to an EA isn't being 'lean and scrappy'--they're stubbornly clinging to an outdated job description and hurting the business as a result." [2] But whenever a leader is striving to overcome an organizational insufficiency--to land a customer, close a round, hire an exec, or get noticed by the world--it's essential to bear in mind that problems don't disappear when that goal is achieved, they are transformed

A predictable consequence of the achievement of a goal is that the organization--and the leaders--will now be tested in new ways, highlighting a new set of constraints. Capital needs to be deployed--which tests the organization's strategic plan and the extent to which leadership has identified priorities, obtained alignment, and is prepared to take action.

People need to be hired--which tests not only the organization's recruiting pipeline and process, but also leaders' ability to manage larger groups while preserving the culture and retaining valued early employees. Further, people who are more experienced or capable need to be managed in different ways--which tests the organization's capacity to integrate and make use of deeper expertise as well as leaders' willingness to adopt new management styles.

With heightened prominence comes increased attention and scrutiny, which is usually healthy for organizations in the long run, even as it imposes near-term constraints. Sloppy practices and expedient shortcuts that were tolerated in an earlier era are no longer acceptable, and more rigorous standards are necessary. This is not an argument against nimble startups or in favor of corporate bureaucracy, but the judicious introduction of structure is essential as an organization scales. [3]

Becoming more prominent creates a particular set of challenges for individual leaders, both within the organization and beyond. Internally, more people will want the leader in their meeting, because that makes it a more important meeting. Externally, more speaking opportunities and media requests will present themselves. Under these conditions, the leader's greatest constraint is now the limit on their availability, and as I've noted before, "a leader’s most precious resource is not their time. It’s their focused attention. Time merely passes, while focused attention makes things happen." [4]

What Do We Do Now?

In The Candidate Robert Redford plays a long-shot running for the U.S. Senate, and in the final scene he learns that he's won an upset victory. Redford asks to have a private word with Peter Boyle, his campaign manager, and the two of them momentarily step away from the crowd of supporters and media:

Boyle: OK, we've got about 60 seconds of privacy before they find out we're here now, so, uh, what's on your mind, Senator.

Boyle: OK, I gotta get out there. See, I told you they'd be here.

Redford: Marvin, what do we do now?

Boyle (shouting over the crowd surging outside): What?

Redford's candidate was so focused on the campaign that he had never truly considered what he would do if he won. The election that had appeared to be an ending was in fact a beginning. This is perhaps the fundamental problem of success: What happens after we win?

So what can a leader do? The first step is simply acknowledging that there is no point in an organization's development or a leader's tenure that will be devoid of problems. There are no milestones or goals that, once achieved, make problems disappear. To believe otherwise is magical thinking.

This imposes an obligation on the leader to prepare for success, and yet, as I note above, I've seen otherwise thoughtful leaders find themselves caught by surprise when things go well. This may be the result of an understandable impulse to focus on worst-case scenarios and how to respond in the event of failure. But it can also be a type of superstition, a fear that preparing for success renders it less likely. While we should certainly guard against over-confidence, such concerns taken to extremes are merely another form of magical thinking.

More concretely, it's essential for a leader to ask these types of questions:

What will I do when capital is no longer an immediate constraint? (And what might I do with a surplus?)

What will I do when talent is no longer an immediate constraint? (And what might I do with a surplus?)

What will I do when a lack of prominence is no longer an immediate constraint? (And what might I do with a surplus?)

[4] To Stay Focused, Manage Your Emotions

Growth, Profitability and Return on Attention

How to Think (More on Open Space and Deep Work)

Learning to Say "No" Is Part of Success

The Uneasiness of the Open Office

How to Scale: Do Less, Lead More