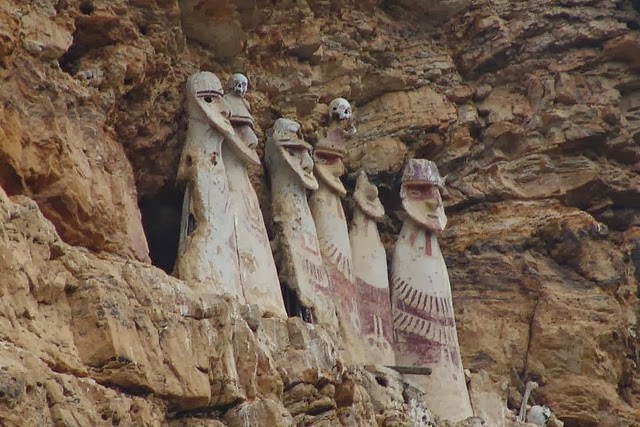 By the time the Spanish arrived in Peru at the beginning of the 16th Century the Chachapoya people had already been subsumed in to the great Inca Empire.  Although they had resisted the Incas fiercely, the lands of these Warriors of the Clouds as they were known had been annexed and had been forced to adopt the customs and culture of their conquerors. Yet they left one thing behind – the strange sarcophagi in which they would bury their dead. 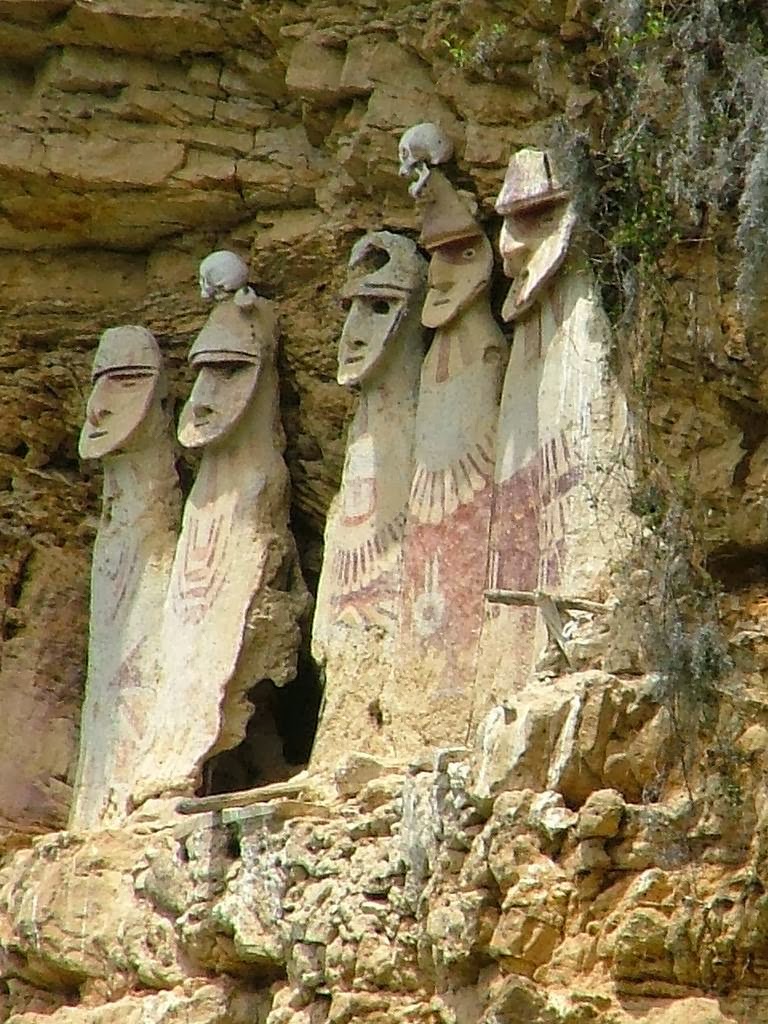 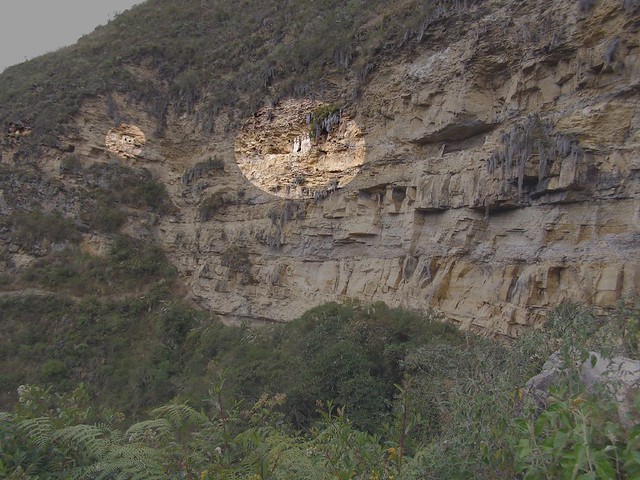 About thirty miles away from the city of Chachapoyas (named after the Inca word for the tribe, what they called themselves is lost to time) lies the Utcubamba valley.  There was an earthquake here in 1928.  As the hills shook, something strange fell from the cliffs that lined a river gorge in 1928.  It was an odd seven foot tall clay man, impassively square-jawed, almost in the manner of the Moai of Easter Island. 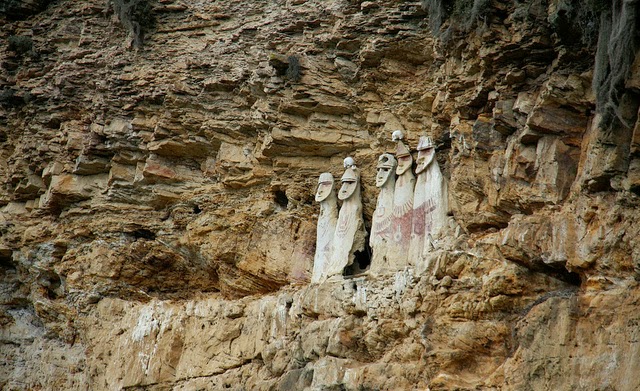 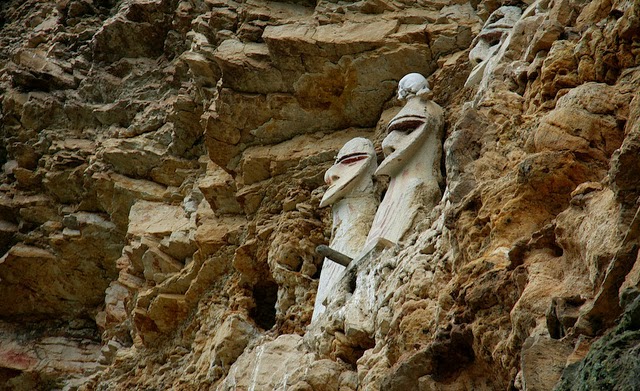 Image Credit Flickr User World Surfr
Archaeologists were called in – and they were excited.  They knew that this was a purunmachu – the name given to the sarcophagi in which the Chachapoya would place their dead.  It was an incredibly rare find – most had been either partially or fully destroyed by looters. 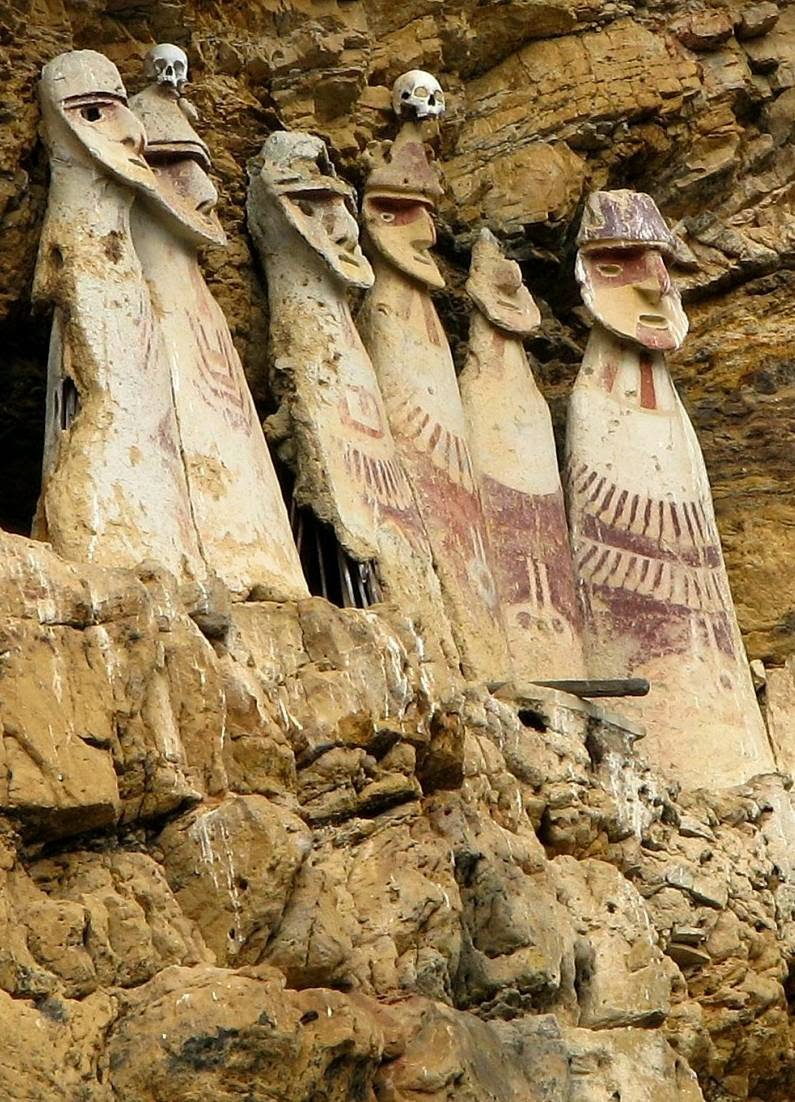 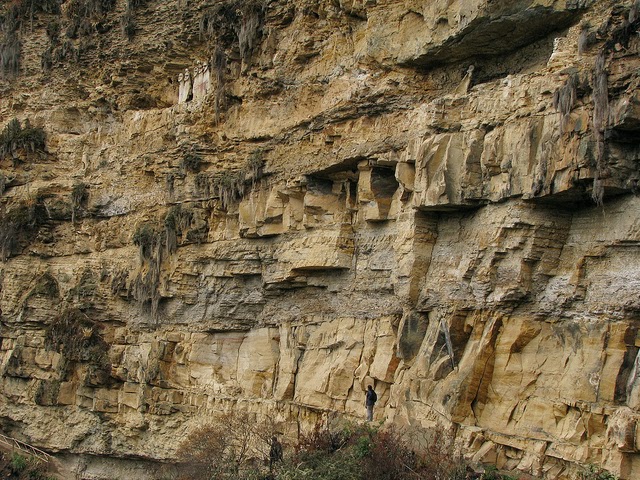 Image Credit Flickr User C-Monster
It was not long before they had scaled the ravine to discover seven more of these extraordinary objects.  The relatives of the dead had been supremely careful to place these purunmachus in as inaccessible a place as possible and they had escaped the fate of most other examples of this unique form of burial. Carbon tests have been done on them and it is believed that these purunmachus date from around the 1470s – the time that the Inca overwhelmed the Chachapoya. 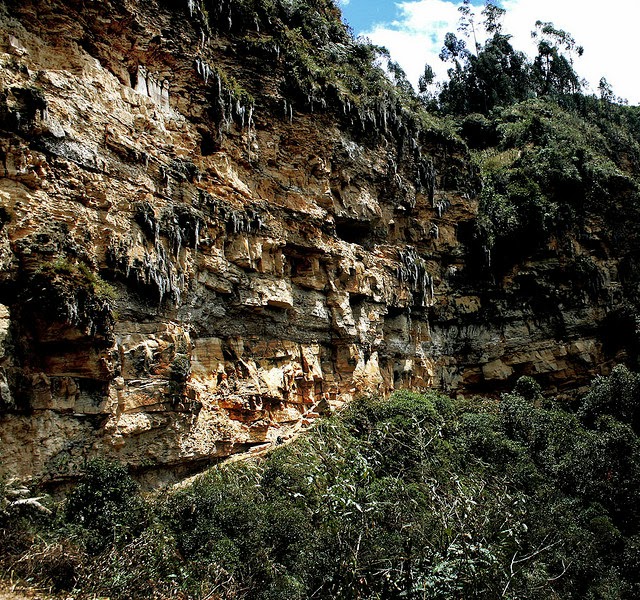 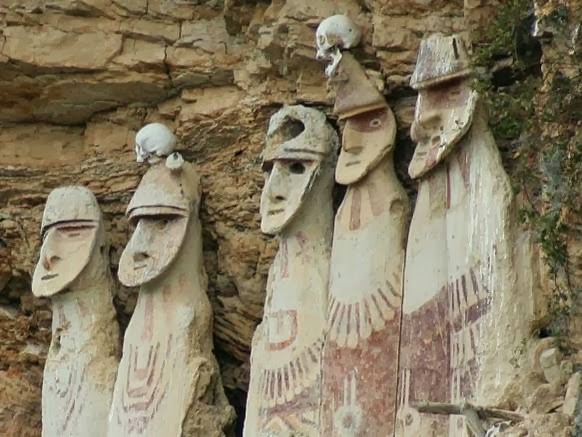 Image Credit Flickr User Mederic
Despite their hiding place, time, of course, had weathered them.  Yet their original coat of white paint was still visible, as were other details.  Yellow ocher and two red pigments had been used to give detail to the body of the purunmachus.  The feathers on the tunics were still visible as were the organs which indicated that the bodies inside were very likely to be male.  An unusual, macabre, touch had been added.  On top of the heads of the purunmachus, human skulls had been placed. 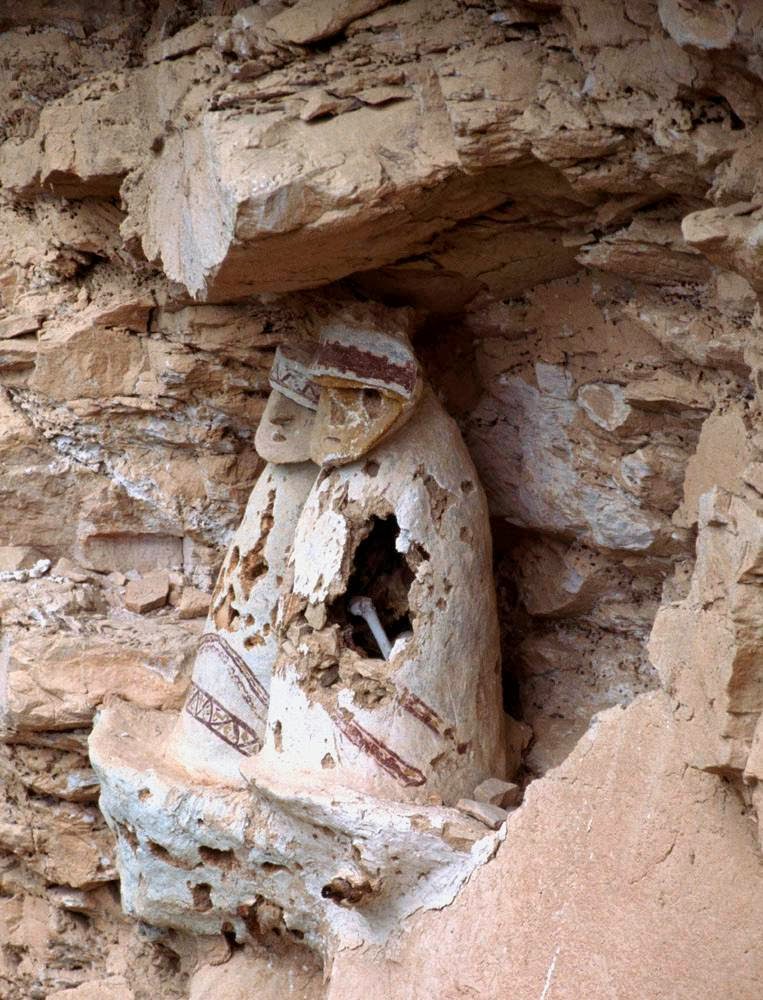 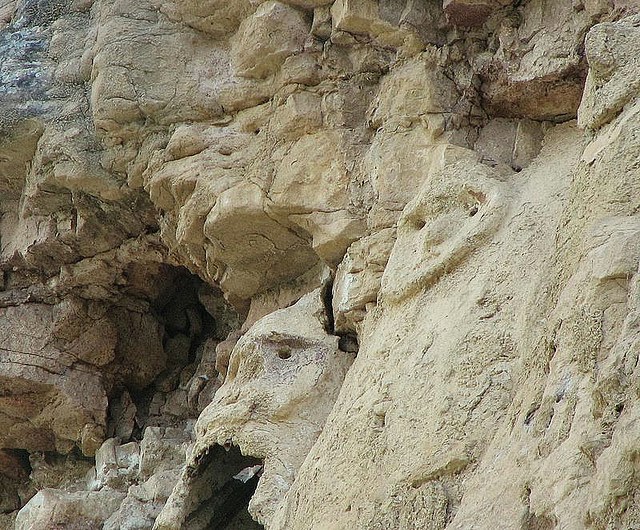 Image Credit Flickr User Jorge Gobbi
Other purunmachus have also been discovered in nearby Aya-chaqui and the differences between the two types can be noted even though they belong to the same culture.  It seems likely that this practice was widespread for possibly hundreds of years. 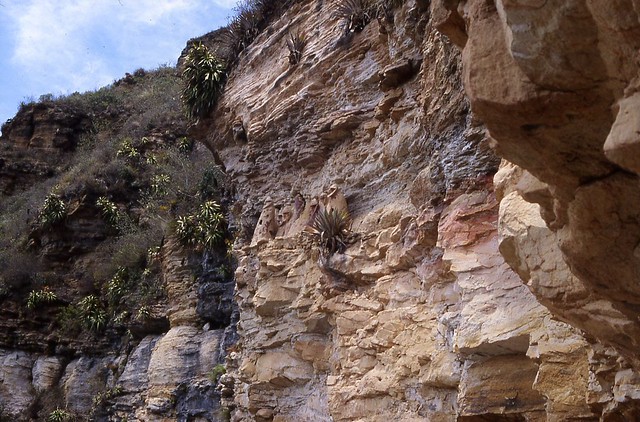 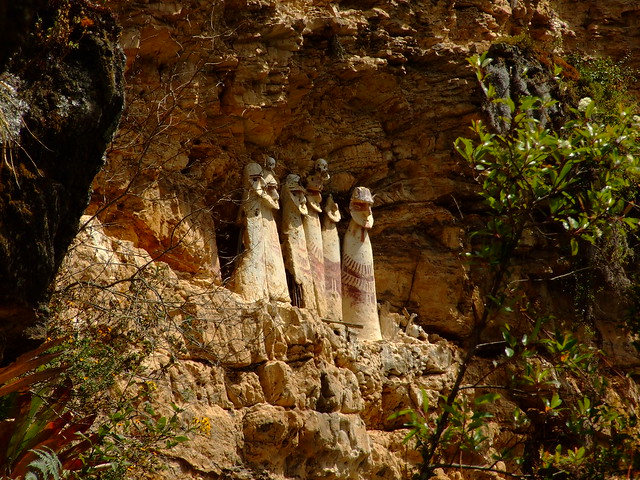 It has been surmised just how they were constructed. First a low wall would be built around a body – or it would simply be placed on a ledge. Then, around this bundle of human remains, a thin wall would be constructed. This would cover the body and poles would be inserted in to the structure. As a capsule it would then be smeared with a thick mixture of mud and straw. Once dry it would first be painted white and then decorated with details such as facial characteristics, necklaces and body parts. 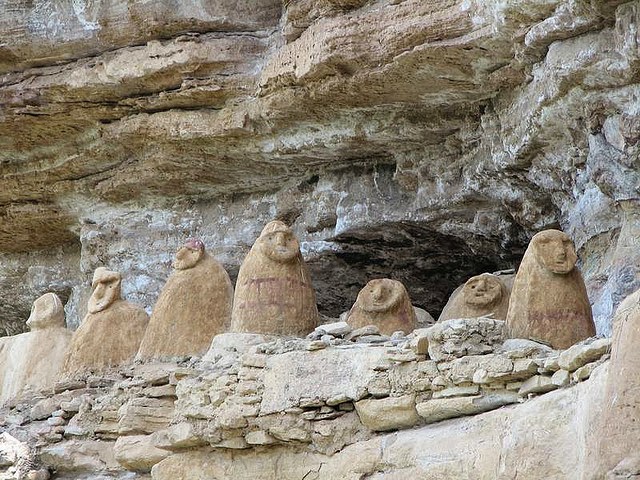 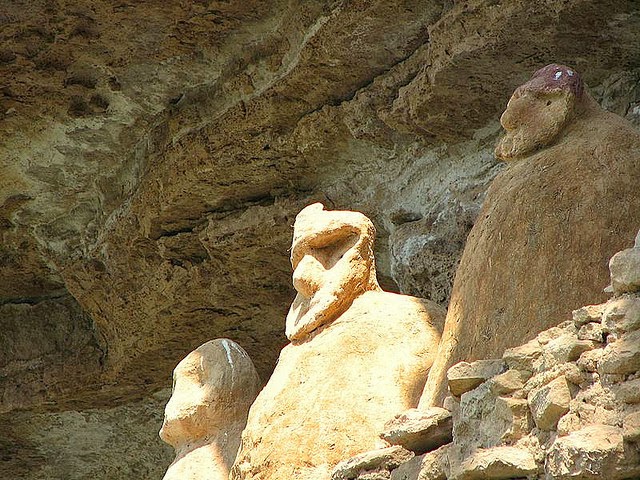 Image Credit Flickr User Jorge Gobbi
As for the Chachapoya themselves, a century after the arrival of the Spanish they had been effectively wiped from the face of the earth. It is believed that they persist only as remain as a strain within the DNA of general indigenous ethnicity in contemporary Peru.  Once their culture had disappeared the sarcophagi were no longer untouchable.  The vast majority were destroyed by those willing to desecrate a tomb in search of what riches might lie inside.

If you do not feel curious about what lay within the purunmachus, then it is time to scroll upwards. The Museum of Leimebamba has a number of the mummies of the Chachapoya. Warning: human remains are pictured below. 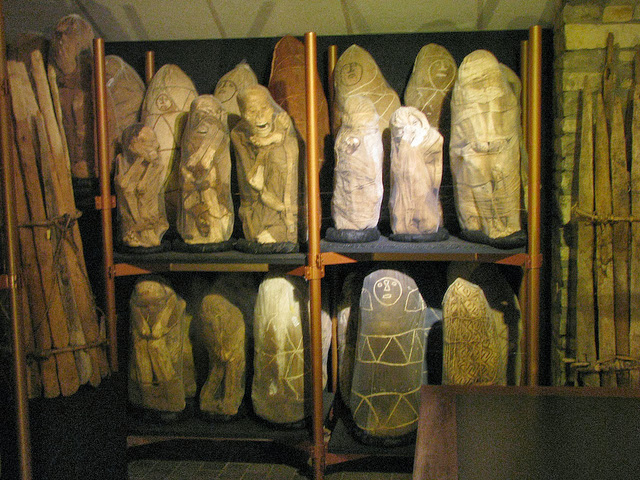 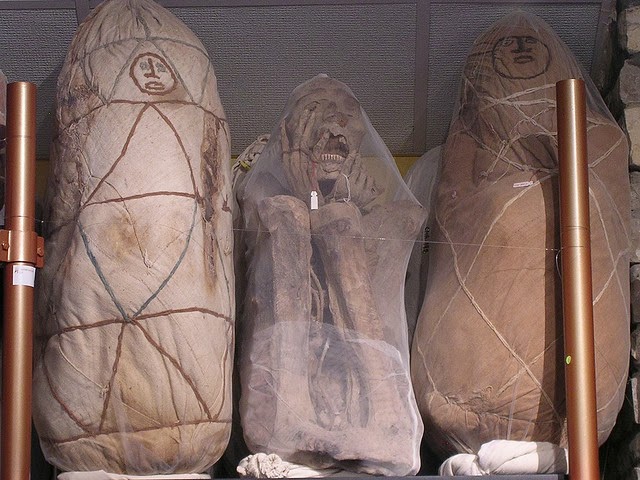 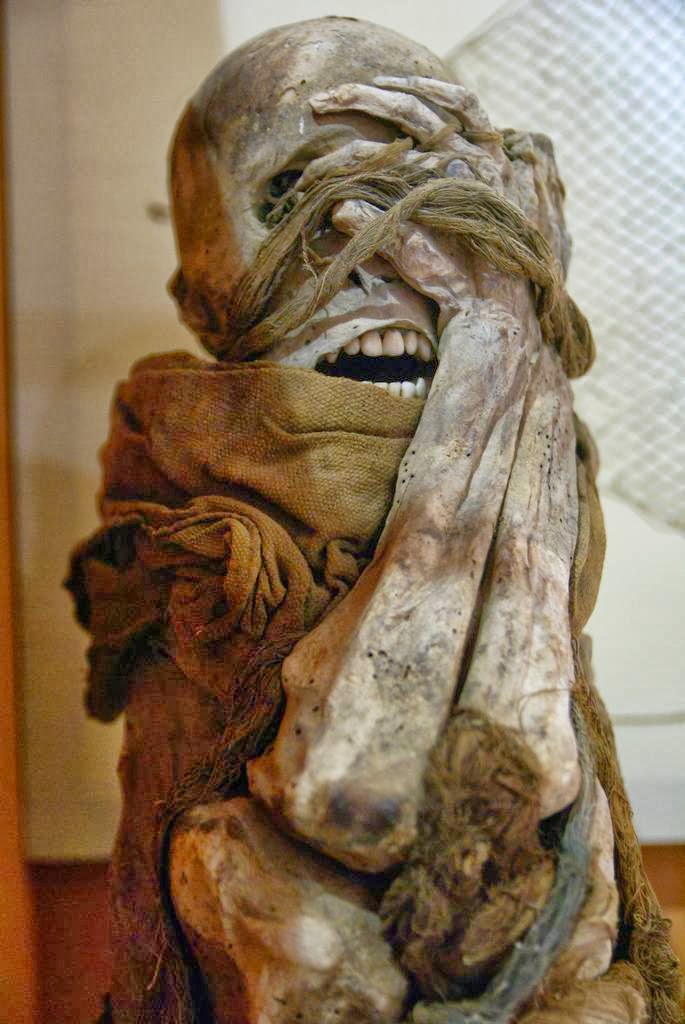 The Secluded Secrets of North Peru 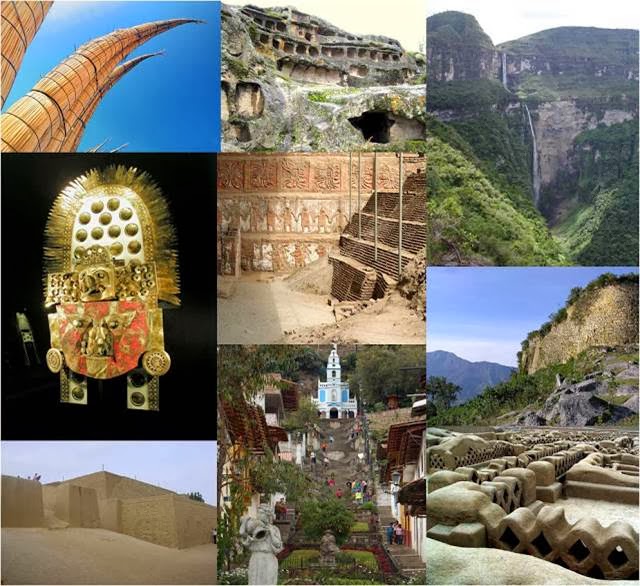 If you enjoyed this Kuriositas feature, then why not discover more about Peru? The country has many mysteries, from Machu Picchu to the Nazca Lines. One of the greatest mysteries, however, is why so few people travel to the north of the country. Only a fraction of those who visit Machu Picchu consider going up north, but this is where you will find some of the most remarkable geography, archeological sites and wonderful colonial towns from which to explore. Take a look at the Peruvian road less traveled.

LaptrinhX
—
The Strange Sarcophagi of the Chachapoya
Share this