As far as aspirational automobiles go, contemporary Bentleys are at the top of the list for many would-be international playboys. But how much are international collectors paying for the best of the breed from days past? We turned to our archives for a look at Bentley auction results from 2012 through the present and found there’s a classic Bentley for nearly every budget. Just remember to keep some cash left over for your mechanic. 1929 Bentley 4½ Litre 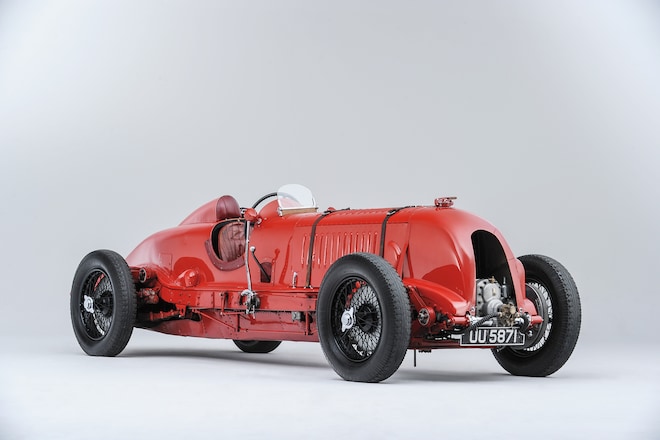 From the original era hails this Blower Bentley, sold at Bonhams’ June 2012 Goodwood auction for a huge $6,634,352. That makes it the most valuable Bentley ever sold at auction. And for good reason: This very car set a new lap record of 135.33 mph (average speed) at the famous Brooklands motor course in England, driven by Bentley Boy Henry “Tim” Birkin, making it the fastest track racing car of its day for a time. The car also gave a Blower Bentley—that is, a supercharged model—its first race win in an earlier event. 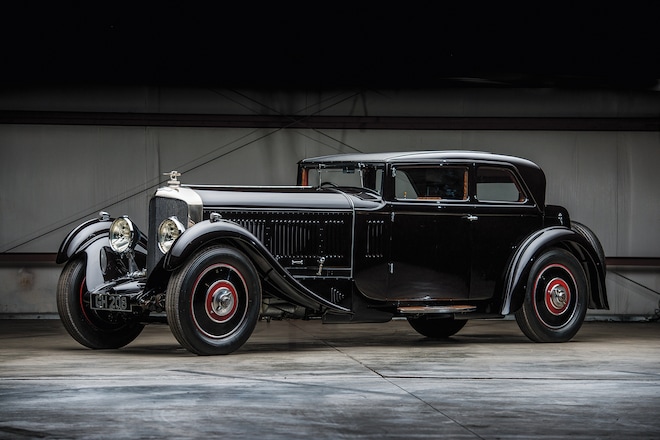 The Bentley Speed Six was a hugely important car for the marque, being the racing version of the roadgoing 6½ Litre cars (akin to the relationship of today’s Continental GT and Continental GT3). Bentley Boy and company chairman Woolf Barnato was instrumental in the car’s development, and Speed Six models utterly dominated the 24 Hours of Le Mans in 1929 and 1930, giving them the last of four consecutive overall wins at the French endurance race. A Speed Six was also driven by Barnato in the famous barroom bet that saw him race—and beat—the “Blue Train,” a high-speed French passenger train, from Cannes to London. This is a car that exemplifies the essence of early sporting Bentleys. 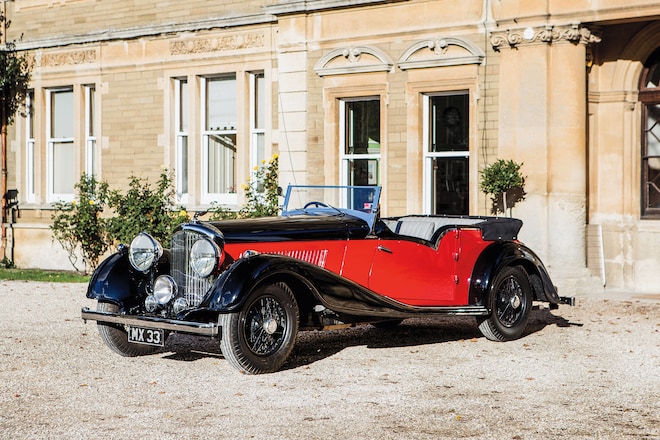 In 1931, fellow English luxury automaker Rolls-Royce purchased the remains of Bentley out of receivership and began producing new cars at its Derby, England, factory using Rolls-Royce chassis and powertrains. Under new ownership, Bentleys largely lost the sporting reputation they had so painstakingly built through factory racing efforts, and these new-era cars were seen as bent more toward luxury than any real promise of performance. That said, the 41/4 Litre model here was more powerful than earlier variants and wears stylish Vanden Plas coachwork. If you’re on more of a budget, look for a plain Jane 41/4 Litre Bentley in four-door form, such as the 1937 41/4 Litre sedan Barrett-Jackson sold for $37,400 at its 2018 Las Vegas auction. 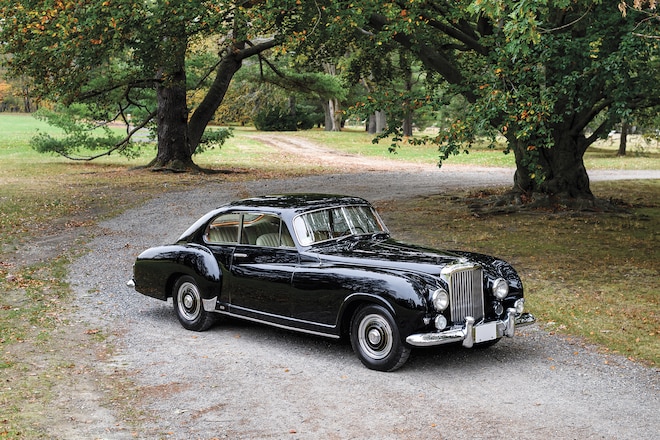 Perhaps the most desirable postwar Bentley, the Continental R-Type was a streamlined, two-door fastback version of the standard R-Type sedans built, as the name implies, for tearing across Europe with up to three of your friends and some luggage at a rapid pace. With an uprated 4.9-liter six-cylinder engine, close-ratio gearbox, and lightened (if not lightweight) bodywork, the Continental was the fastest four-seater in the world for a time, with a top speed approaching 120 mph. Most cars were bodied by H.J. Mulliner. This, however, is one of five with Franay coachwork, though Mulliner-bodied cars can bring at least as much money. If you’re content with a slower pace and less rakish roofline, try a regular R-Type sedan—a 1953 version sold at Barrett-Jackson’s 2018 Northeast auction for $25,850. 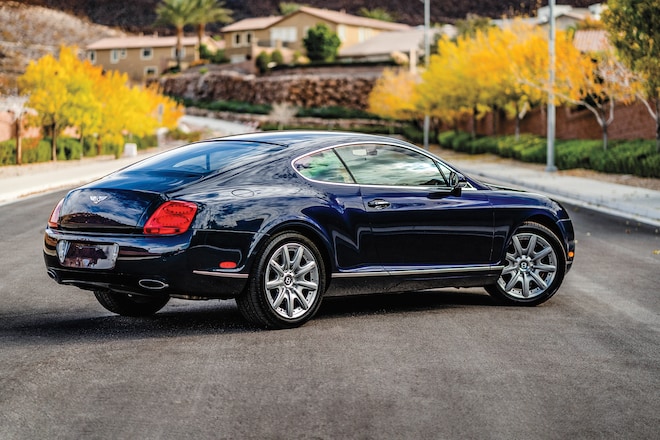 Bentley’s first-generation Continental was a big step in the right direction for the brand under Volkswagen ownership. The neo-classic GT still looks very contemporary today, helped along by the mostly evolutionary styling updates of newer versions. Spot one on the street, and there’s no denying this is still an impressive hunk of metal, leather, and wood. This Continental GT has the 6.0-liter 12-cylinder engine up front, making some 552 hp and 479 lb-ft. Top speed is around the 200-mph mark. All this for just $33,000 at Barrett-Jackson’s 2019 Scottsdale auction. The original MSRP for this car, with options, would have been more than $200,000. Depreciation can be a wonderful thing, so long as you’re on the right side of it. 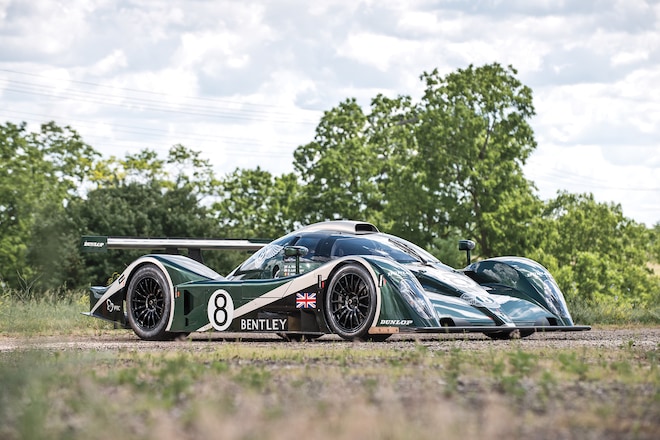 This EXP Speed 8 finished third overall at Le Mans in 2001, the first year of Bentley’s return to the French endurance classic. Driven by Andy Wallace, Butch Leitzinger, and Eric van de Poele, the car suffered gearbox and communications troubles during the race, but only two cars finished ahead of it: a pair of Audi R8s. Another attempt at Le Mans the following year brought only fourth place to Bentley Racing, but in 2003 an updated Speed 8 brought the overall win Bentley was so desperately seeking. Bentley hasn’t returned to Le Mans since. Although the Speed 8 is essentially a heavily modified Audi R8C underneath, this car is still a big part of Bentley’s racing history, and the price reflects that. This is said to be the only Speed 8 in private hands. 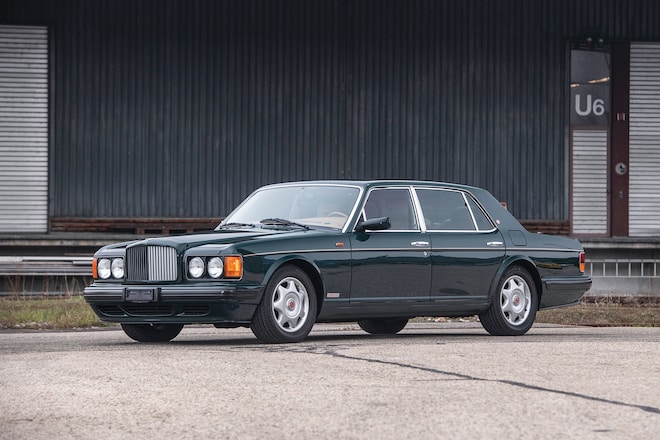 After a period of decline in the 1960s and ’70s, Bentley came charging back in the ’80s with the new Mulsanne sedan. Based on the Rolls-Royce Silver Spirit chassis, the Bentley offered somewhat sportier bodywork and performance, bringing back some of the marque’s enthusiast pedigree. In 1985, the Turbo R model was introduced, replacing the Mulsanne Turbo, and by 1997 power increased to 385 hp from the 6.7-liter turbocharged V-8 engine. The model enjoyed a long production run, being given a face-lift and a new fuel-injection system for 1996. This is one of 823 examples of the long-wheelbase version built between 1995 and ’97. With 11,000 miles on the odometer, this is a lot of Bentley bang for your buck.

The post There’s a Classic Bentley for Every Budget appeared first on Automobile Magazine.

LaptrinhX
—
There’s a Classic Bentley for Every Budget
Share this