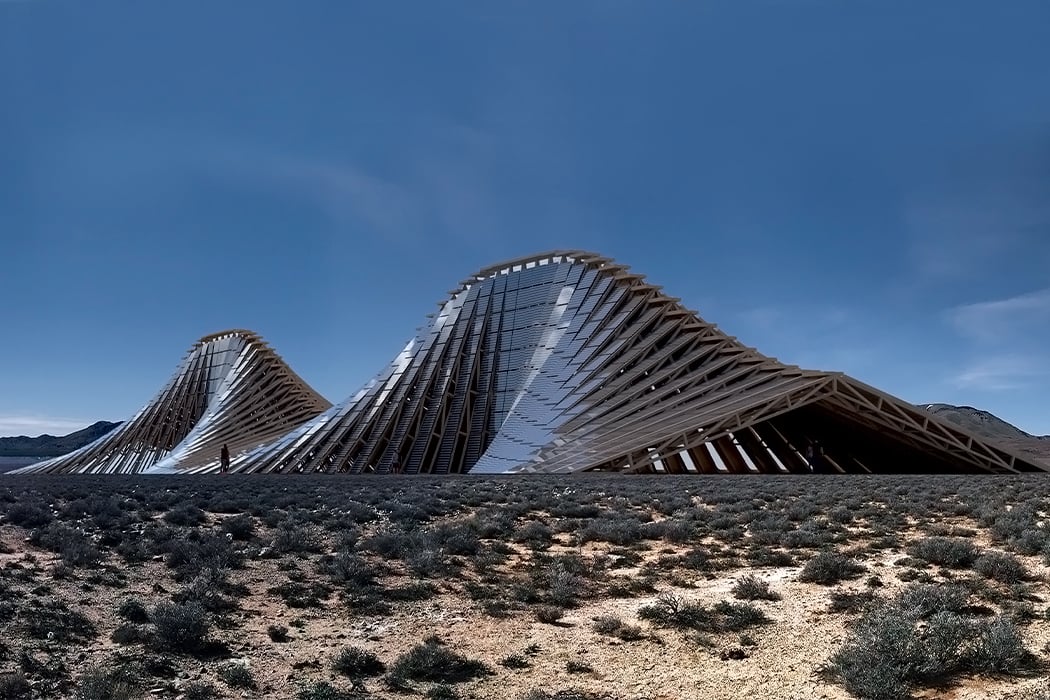 Think solar farm meets the art and that is what the Solar Mountain by Nuru Karim is – the intersection between efficient clean energy production and unique architecture! The modern structure is constructed from recycled timber and clad in solar photovoltaic panels which also is one of the ten shortlisted projects for Burning Man‘s 3,800-acre Fly Ranch in Nevada – see? I meant it when I called it architectural art.

The Fly Ranch in the Nevada Desert is a permanent, off-the-grid space proposed by the organizers of Burning Man and the Solar Mountain is one of the finalists because it aims to contribute 300 MWh of electricity per year while also providing interactive zones for the community. The Burning Man team partnered with Land Art Generator Initiative (LAGI) for a multi-disciplinary design challenge – LAGI 2020 Fly Ranch and now the shortlisted entries, including the Solar Mountain, will move to the next stage of prototyping.

Solar Mountain by NUDES, a Mumbai-based architecture firm, is designed to be both an interactive installation as well as a source of clean energy for the community. Fly Ranch is home to several natural hot and cold springs, three geysers, hundreds of acres of wetlands, dozens of animal species, and more than 100 types of plants – this natural landscape is what inspired the curvaceous form of the Solar Mountain so that it seamlessly blends into the existing setting. The infrastructure is created keeping in mind one of the core needs for the space – the unified community of creatives and locals. “With this in mind, the narrative behind the design is divided into three parts: grow energy, interact, and play,” elaborates Karim.

The wavy construction is going to be a modular, pre-fab renewable energy infrastructure. It consists of four units and each unit measures 30m in length, between 5m-30m in width, with a maximum height of 15m. Each unit will have 182 solar panels of 300-watt capacity that will generate 1.2kwh/day. NUDES calculates the estimated total clean energy that can be harvested from the four units containing a total of 728 solar panels to be 873 kWh per day! This means Solar Mountain has the capacity to generate 318,645 kWh annually and can power the site’s requirements as well as other activities in the festival. Designed using net-zero principles, in the hopes of addressing larger issues such as climate change and global warming, Solar Mountain’s aim is to produce more energy than it will consume. Burning Man but where we actually use the ‘burning’ bit to generate clean energy! 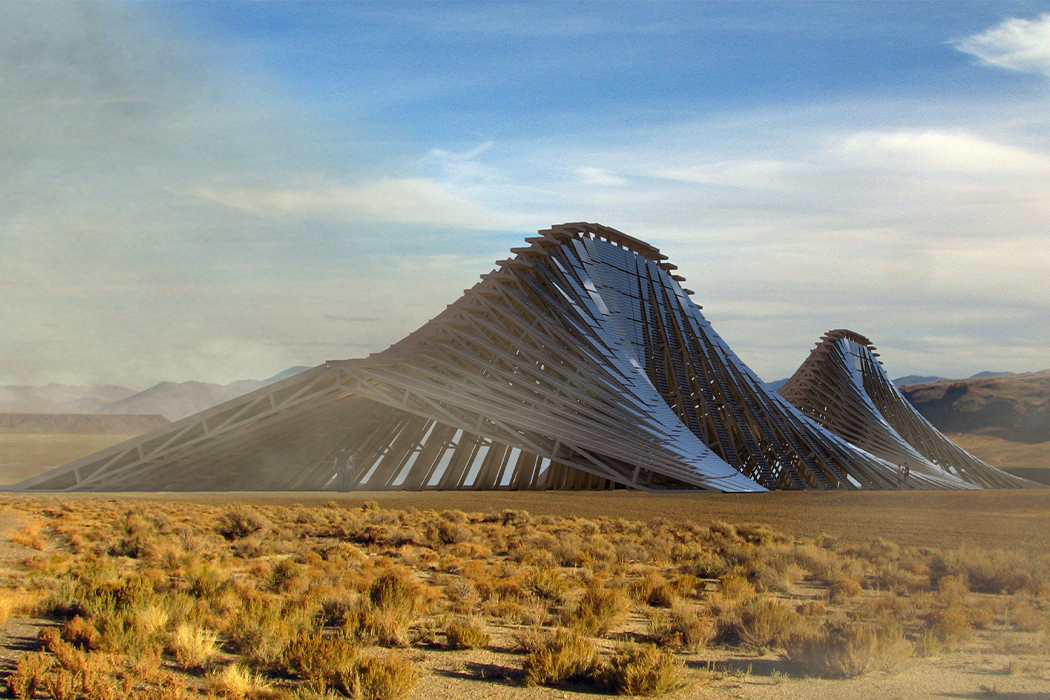 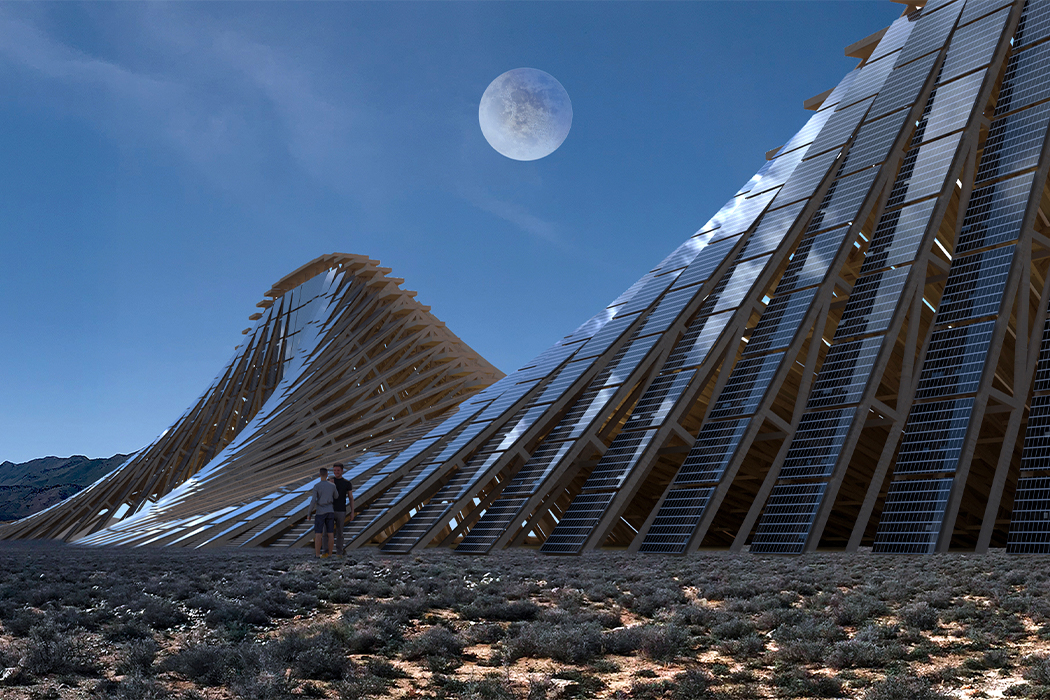 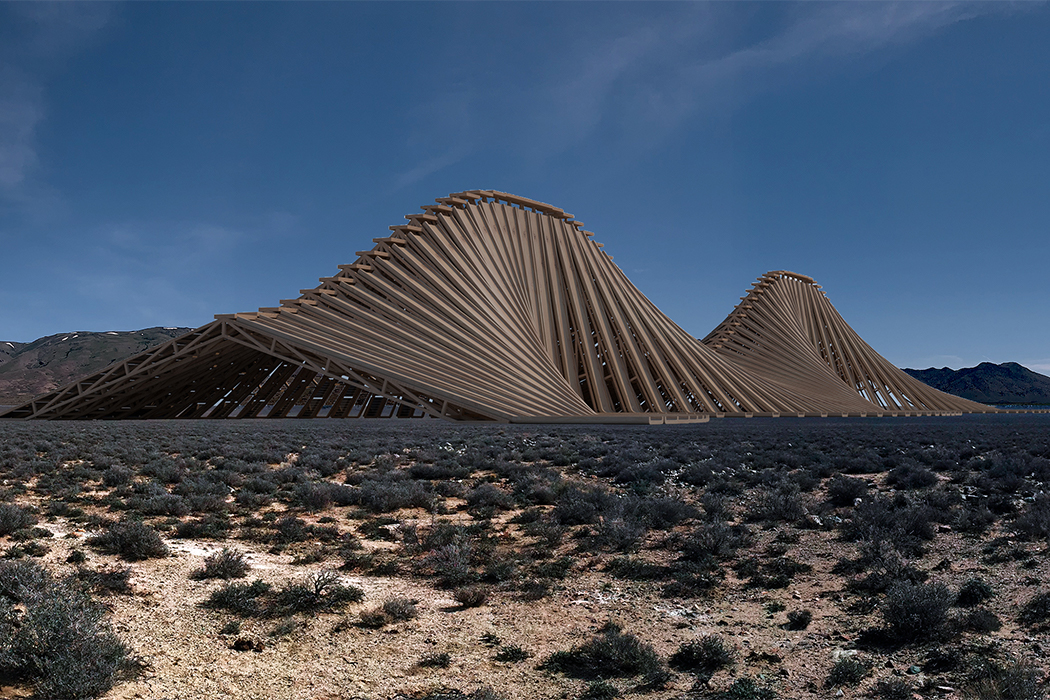 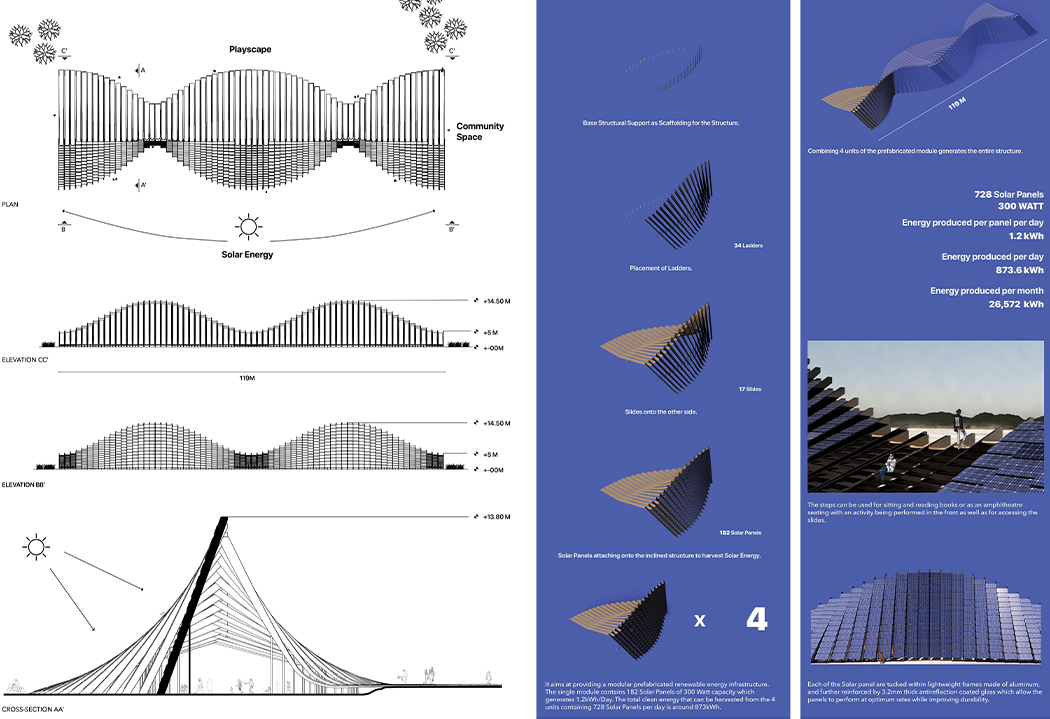 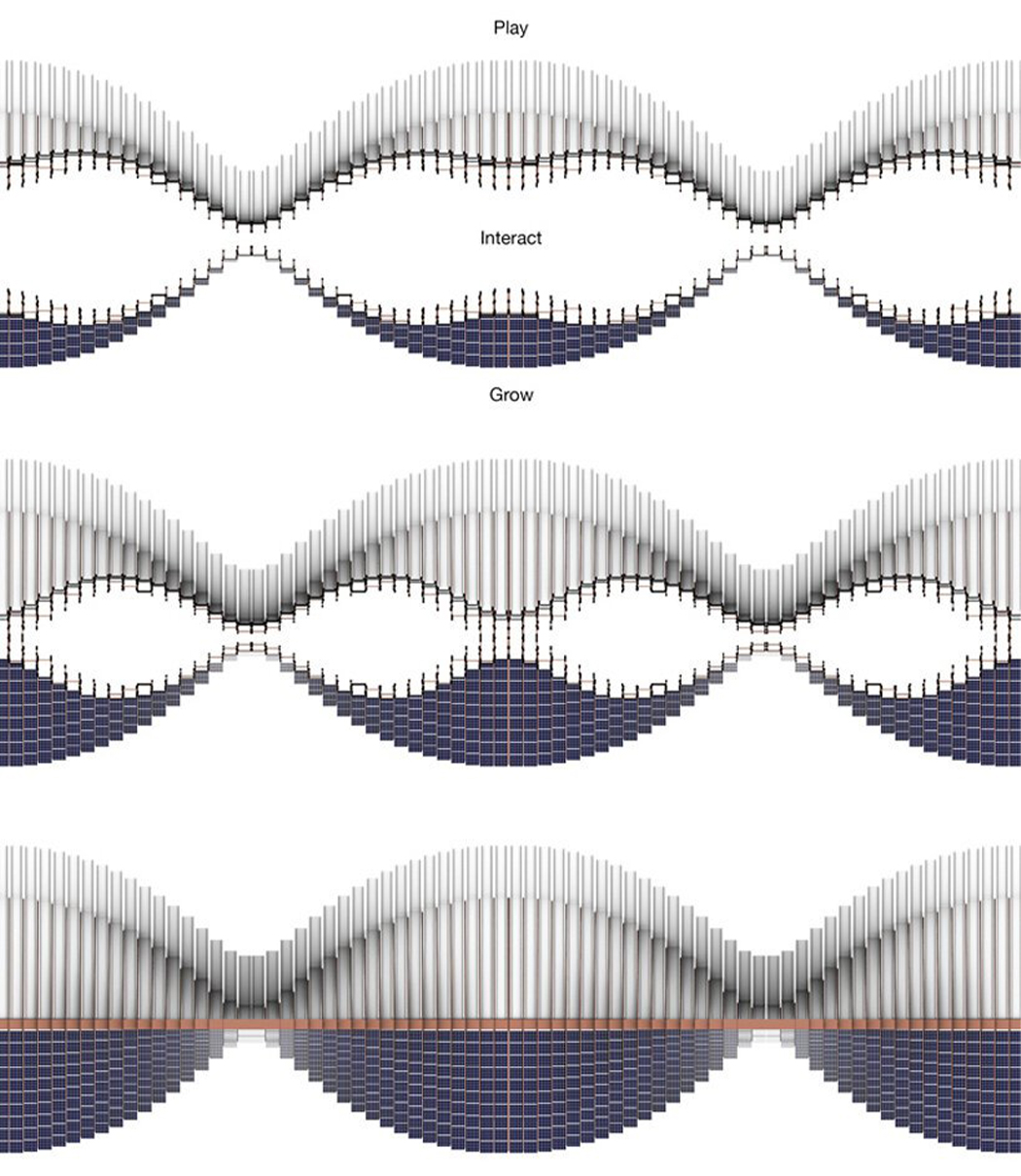 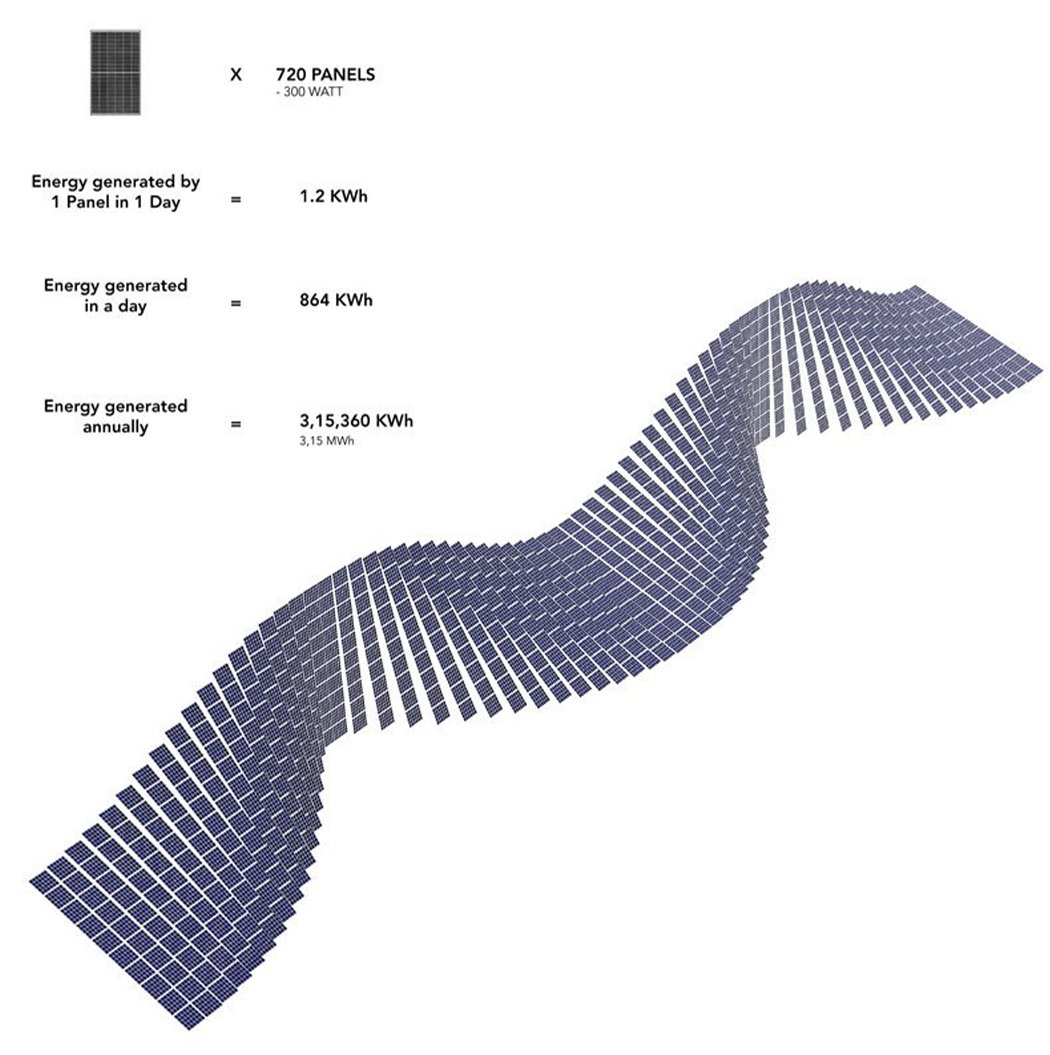 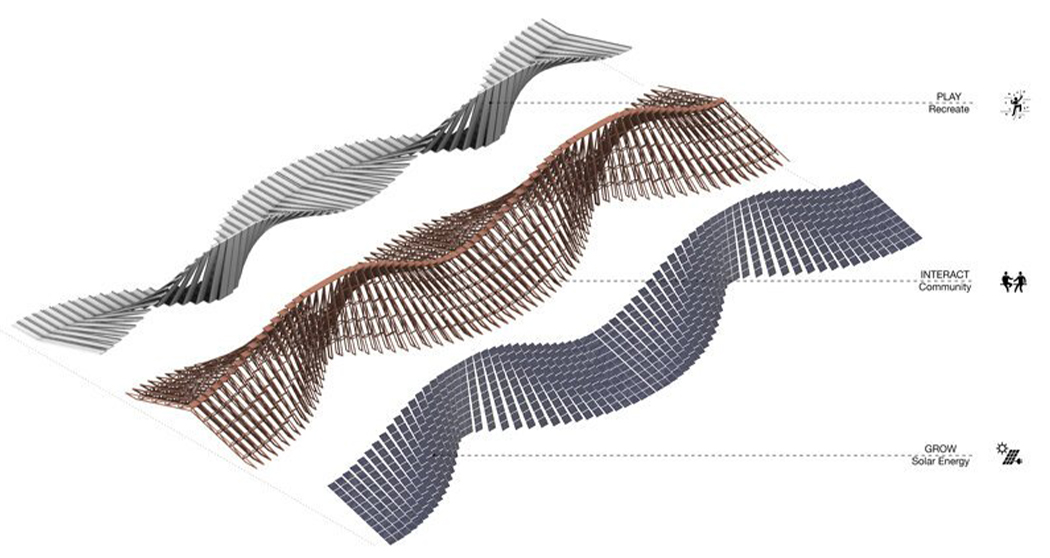 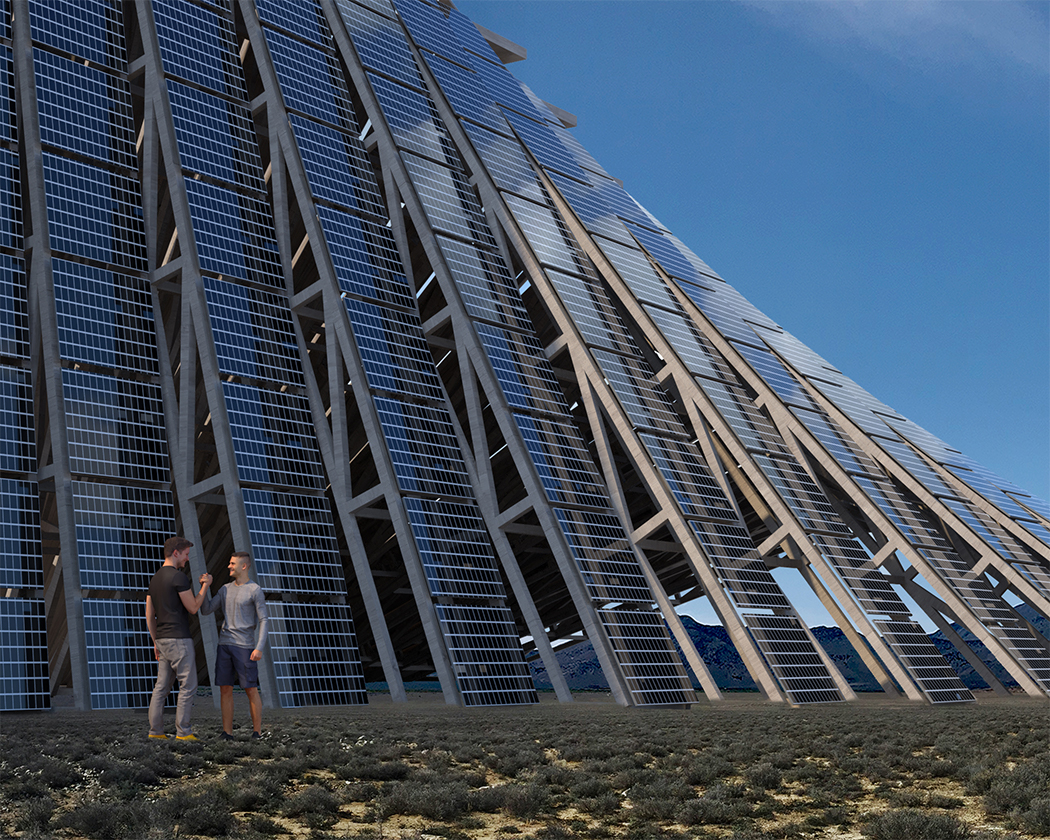 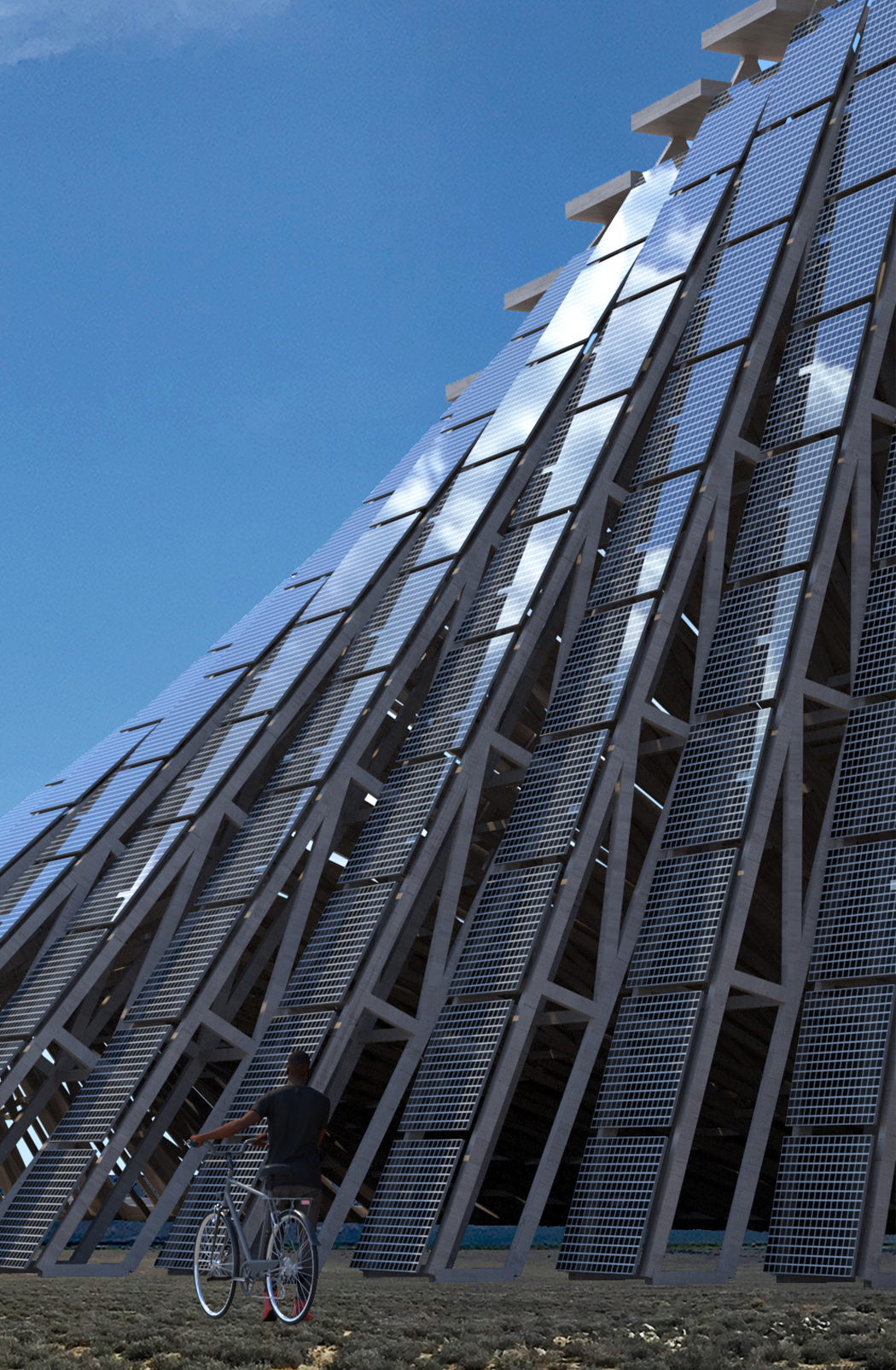 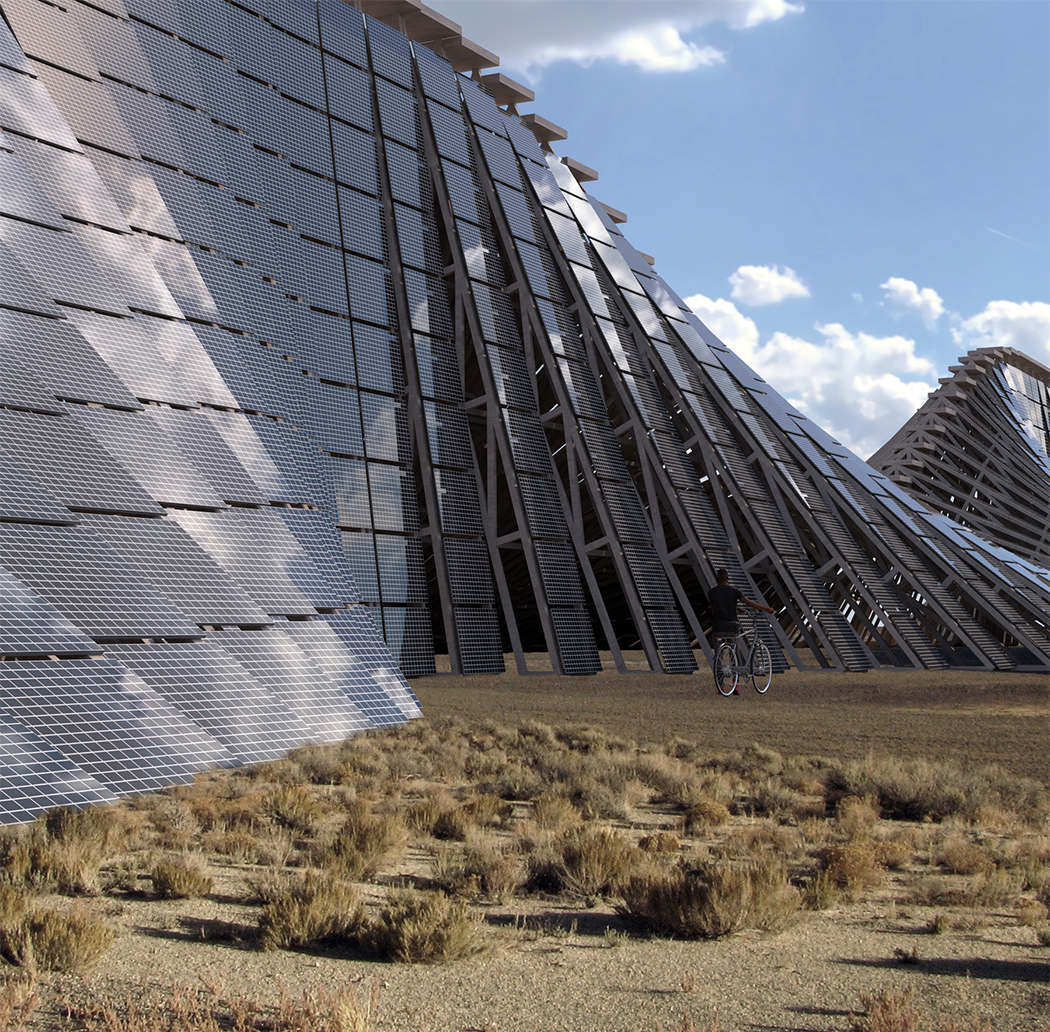 LaptrinhX
—
This solar farm provides 300 MWh of renwable energy per year & is a community space at the Burning Man!
Share this