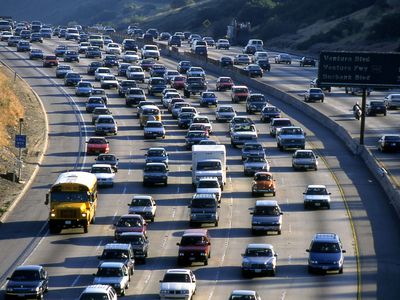 Better infrastructure can unify the country

The country may be divided when it comes to certain politically charged infrastructure projects, but there’s one such issue that most of us can agree on: We need better roads.

Potholes and poor road maintenance have spawned fixes ranging from self-healing asphalt to reverting back to gravel. But a new poll from engineering firm HNTB Corp finds that nearly three-quarters of Americans really want better roads—enough to pay for it themselves. But that number of Americans increases to 84 percent if tax and toll increases are federally required to be spent on local infrastructure.

“People are willing to pay higher taxes and tolls if they knew that the money was going to pay for transportation,” said Kevin Hoeflich, chairman of toll services at HNTB. “They’ve seen...funding get diverted to other areas and not where they expected.”