Boeing’s plan to deploy a constellation of V-band satellites in non-geostationary orbit has prompted at least five companies, including SpaceX and OneWeb, to file me-too proposals with the U.S. Federal Communications Commission.

The FCC had given companies until March 1 to disclose whether they also had plans to use the same V-band that Boeing had applied for in November of last year.

The five companies — SpaceX, OneWeb, Telesat, O3b Networks and Theia Holdings — all told the FCC they have plans to field constellations of V-band satellites in non-geosynchronous orbits to provide communications services in the United States and elsewhere. So far the V-band spectrum of interest, which sits directly above Ka-band from about 37 GHz to the low 50 GHz range, has not been heavily employed for commercial communications services.

* Boeing has a proposed global network of 1,396 to 2,956 low-Earth orbit (LEO) satellites for providing connectivity.
* SpaceX, for example, proposes a “VLEO,” or V-band low-Earth orbit (LEO) constellation of 7,518 satellites to follow the operator’s initially proposed 4,425 satellites that would function in Ka- and Ku-band.
* OneWeb told the FCC it wants to operate a “sub-constellation” of 720 LEO V-band satellites at 1,200 kilometers, and another constellation in Medium Earth Orbit (MEO) of 1,280 satellites.
* Canada-based Telesat describes its V-band LEO constellation as one that “will follow closely the design of the Ka-band LEO Constellation,” also using 117 satellites (not counting spares) as a second-generation overlay.
* a 2015 proposal from Samsung outlined a 4600-satellite constellation orbiting at 1,400 kilometers (900 mi) that could bring 200 gigabytes per month of internet data to "each of the world's 5 billion people"

Oneweb received a $1.2 billion funding led by the Softbank Group.

In early 2018 Oneweb will launch an initial 10 production satellites, which, pending a detailed test regimen, will become the first of our fleet. Six months later they will begin their full launch campaign and start providing low latency broadband access as early as 2019. Oneweb will soon provide more details of our roadmap, which includes greater than 100x capacity growth from their first generation system, including Gigabit per second speeds, lower latencies, and affordable self-installed terminals. These new capabilities will support both their 2022 goal of connecting every unconnected school and our 2027 goal of bridging the digital divide. At the same time, boundless low latency broadband access will be available for homes, connected cars, trains, planes and cellular backhaul applications 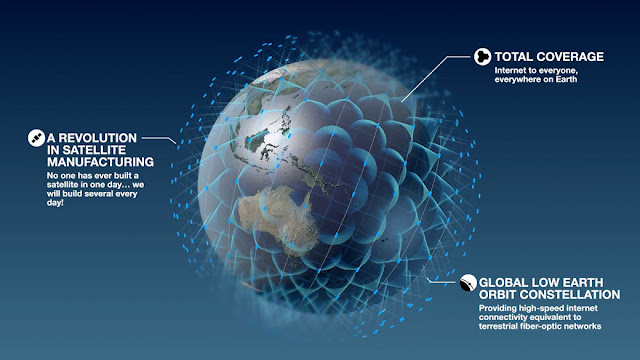 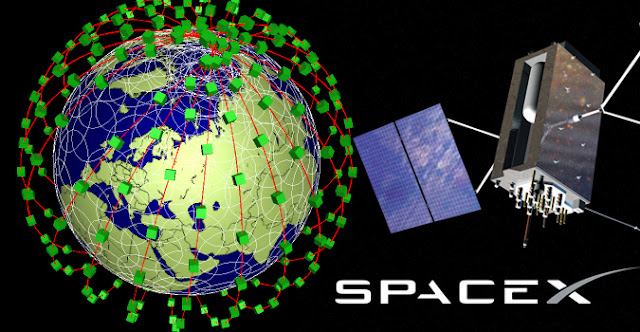 LaptrinhX
—
Total global satellite plans could have around 20,000 satellites in low and mid earth orbits in the 2020s
Share this