Pandora and other online radio services may be cool, but they lack the charm of a real station. Programs like Screamer Radio are great for this as they provide you with access to thousands of Internet radio stations from all over the world. 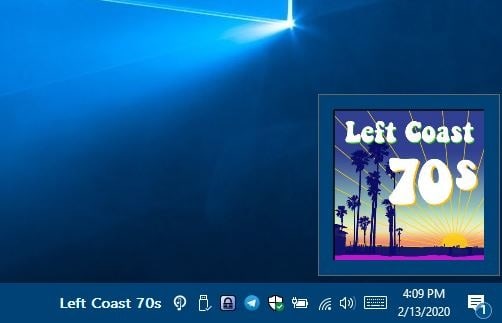 Tray Radio is a similar freeware application that you can use to listen to internet radio stations. The application, true to its name, is located in the system tray when you run it. Left-clicking the icon brings up an equalizer and the playback controls. Hit the stop button to stop streaming music. 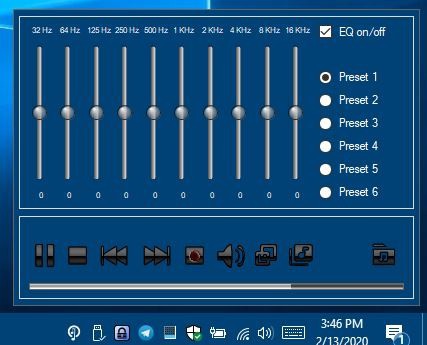 To access Tray Radio's options, right-click on the icon. Select the Install Station Packet menu item to get started. You'll notice it is partly in Dutch (because the developer is from The Netherlands). Clicking on a region shows the names of the available channels, and they are in English. Check the channels you want to install and hit the Save button. Right-click on the tray icon and you will notice that the radio stations that you added are available. 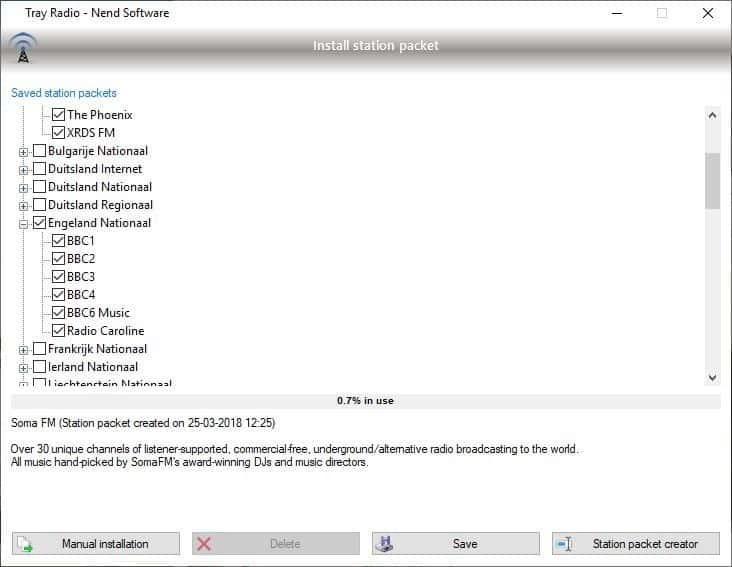 You can manually add radio Station packets, too, but they need to be in the ZIP or TRSP format. A Station packet is nothing but the radio station name, its streaming link, a menu name of your choice and the logo. Hit the Station Packet Creator to add your own; it's a bit buggy as it wouldn't recognize the logos and wouldn't save without a logo. I'd recommend using method 3 for adding stations.

Tray Radio has several European language stations ready for installation. English speaking readers can use the Blues FM, Engeland National (includes BBC), or Soma FM, which still gets you about 40 stations. 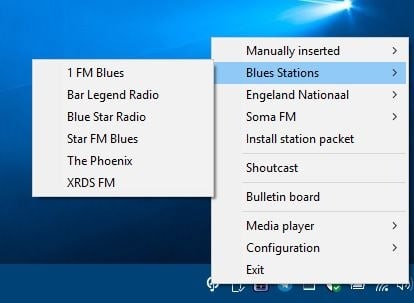 Same drill, right-click on the icon and select Shoutcast search. This window allows you to search for radio stations by Top 500 (not customizable), or by keywords and genres. Select a station from the result and you can play it, and also view some of its information. To save it, click the "Add to Favorites" button. This option adds the saved radio station to the main menu of Tray Radio. 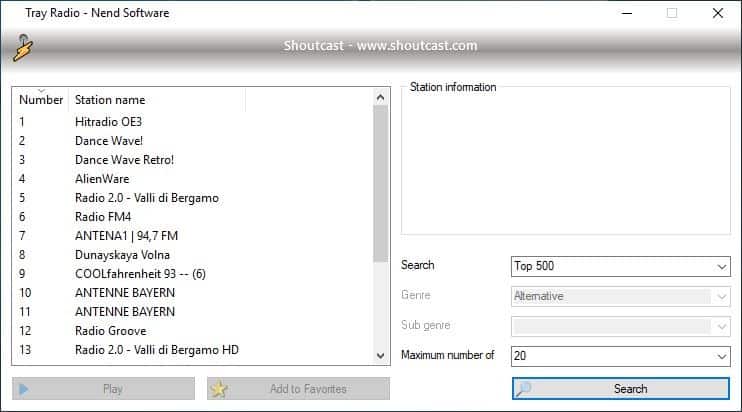 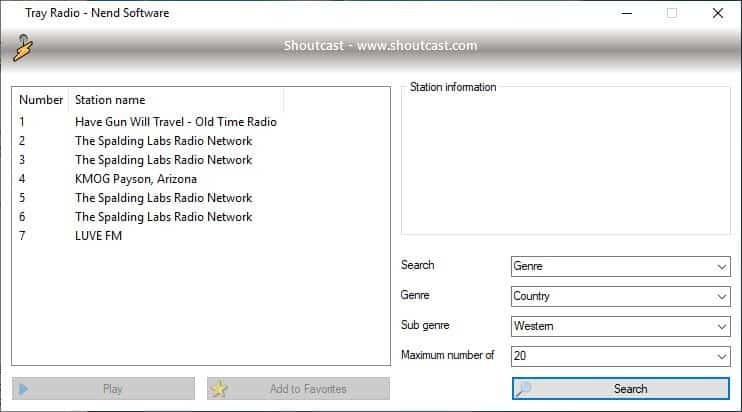 In this method, you'll need the streaming URL of the internet radio station you want to add. Give the station a name, and paste the link of its logo (optional), hit the save button. You'll be able to access the radio station from the tray icon's "Manually Configured Stations". 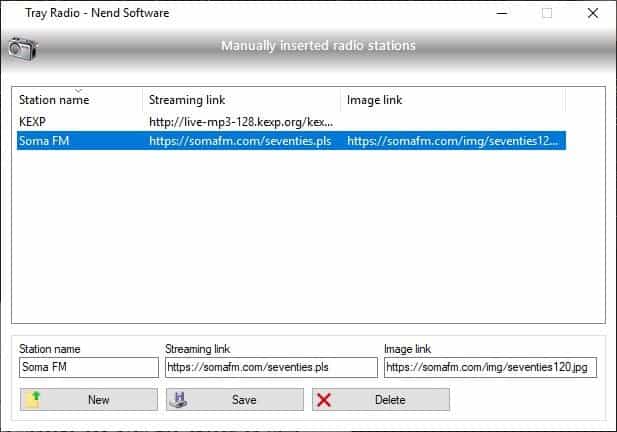 Some radio stations have the URL on their website, like Soma FM does. For other stations, go to their website and play the stream in your browser. Select "Inspect Element" to bring up the developer tools. The network tab should display the stream's URL. Not all sites display the URL, so you'll have to find it some other way.

Some stations were choppy and I assumed the program was causing it. I gave it a few days and noticed that it only happened with some channels. BBC Radio and many other stations were working fine. I fired up Screamer Radio to see if it was better, and experienced the same issues with the same stations. In fact, a few seconds later it always displayed a message saying connection lost. That's when I decided to try a VPN to see if it was a server issue, and it worked perfectly.

So, the jittery stream quality wasn't the program's fault, but a connectivity issue. Just make sure that the VPN server location is at the same country as the radio station operates from. I also noticed that a laggy stream can in turn cause the program to lag badly.

Tray Radio displays the station name next to its icon when it's active. Left click on it to view the lyrics panel. You can customize the lyrics' text size, type, and the background color. It also works in full screen, to switch to the full screen mode, right-click on the station name on the status bar. 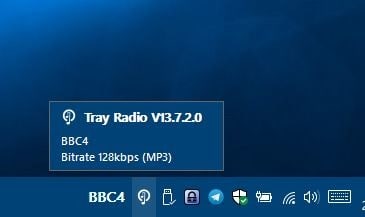 The Media Player can menu can be used to access the built-in music player in Tray Radio. The program is capable of playing MP3, M4A, WMA audio files. To record a radio station's stream left click on the icon (equalizer screen), and hit the record button. The recording will be saved as an MP3 in the default folder, you can set the folder from the configuration > General menu.

Tray Radio isn't without flaws. It's a bit slow to switch stations, and sometimes the lyrics don't work, though that can be due to the stream. If you have the patience for that, it's a good program.

Radios have always been special to me. I have used Transistor Radios (portable ones with knobs), Pocket Radios, Mobile phones (Nokia devices in the mid-2000s), and of course smartphones. Radio Garden is a website you can use from any web browser. What about you, which radio software do you use?

And to all of our readers, a Happy World Radio Day (it was yesterday, but nevertheless).

Thank you for being a Ghacks reader. The post Tray Radio is a free internet radio player that can record streams and play music appeared first on gHacks Technology News.