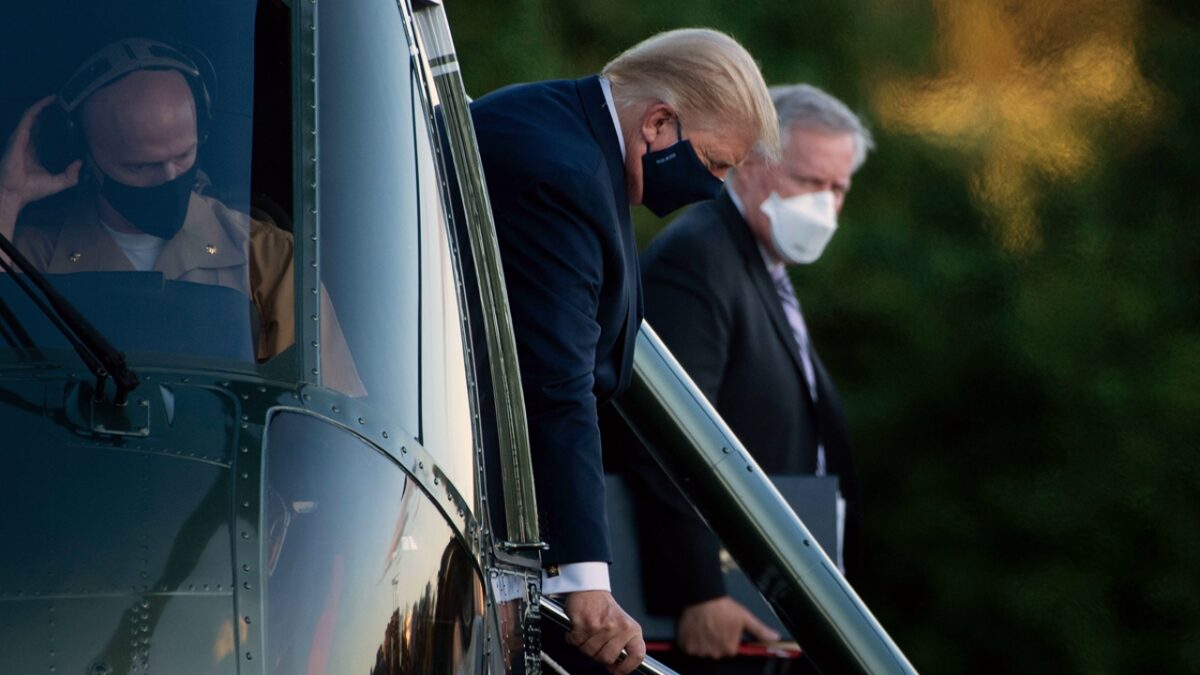 In what is necessarily a first in American history, Trump posted a message to his Twitter account just before midnight, hours after he was airlifted to Walter Reed.

The social media app noted the message was posted via “Twitter for iPhone.”

I release the following information with the permission of President Donald J. Trump.

This afternoon. in consultation with specialists from Walter Reed and Johns Hopkins University, I recommended movement of the President up to Walter Reed National Military Medical Center for further monitoring. This evening I am happy to report that the President is doing very well. He is not requiring any supplemental oxygen, but in consultation with specialists we have elected to initiate Remdesivir therapy. He has completed his first dose and is resting comfortably.

Earlier in the evening, CNN’s Jim Acosta reported that Trump aides and advisers characterized Trump’s condition as very serious, and that the president was “having trouble breathing.”