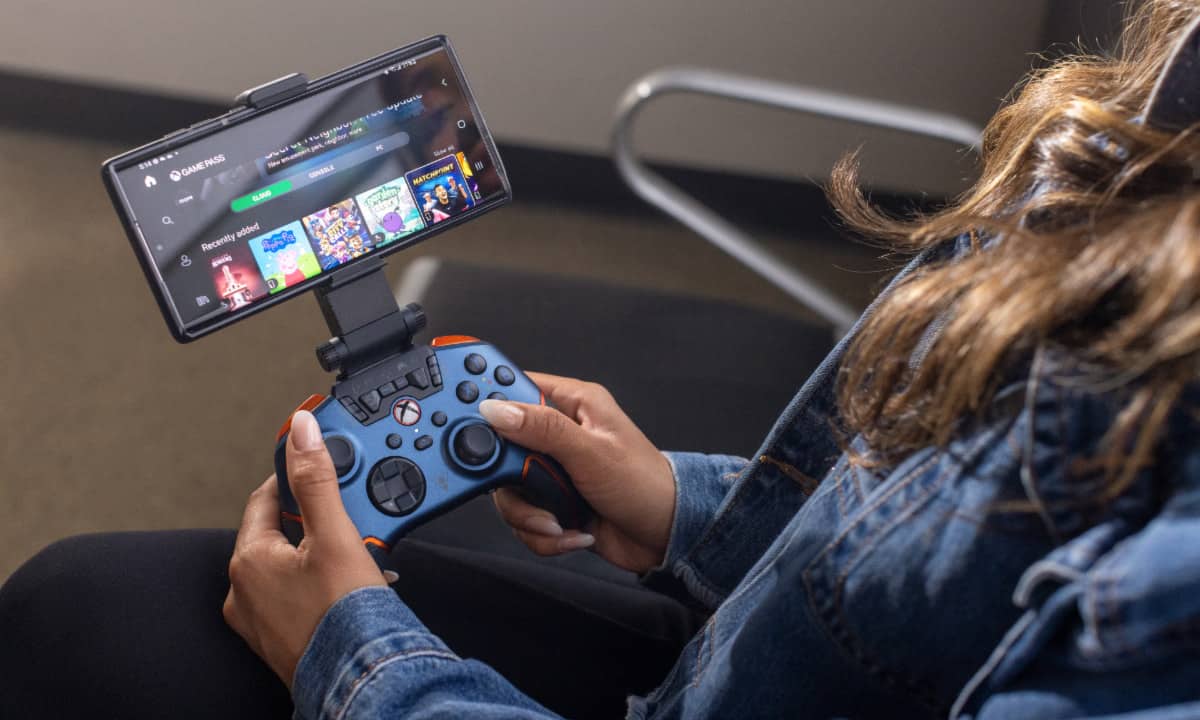 Turtle Beach has launched a mobile gaming controller designed for Xbox Game Pass called the Recon Cloud Hybrid. This is the company’s first mobile controller to hit the market. Showcasing the gaming peripheral brand is eager to branch out into new areas. Mobile gaming controllers used to be few and far between. But over the years mobile gaming has become more and more popular and is now the largest gaming platform globally.

The expansion of cloud gaming services helped to push the mobile controller sector of the gaming industry forward. And services like Xbox Game Pass have made options like the Recon Cloud Hybrid from Turtle Beach one of many possible choices for the consumer. Personally, we’re still really partial to the Razer Kishi V2. It’s just hard to pass up on the Nintendo-Switch-style design and tends to deliver a more manageable weight.

But the Recon Cloud Hybrid definitely looks like it has a lot to offer.

Like most gaming controllers you’d pick up for your smartphone, the Recon Cloud Hybrid isn’t just for mobile devices. While it is designed for mobile and intended for use with services like Xbox Game Pass, this is a full-fledged controller. It’s also full size, so it shouldn’t feel much different from the Xbox wireless controller that you get with the console.

To spruce things up a bit, Turtle Beach has quite a few extra features. There’s high-performance textured grip on both the inside and outside of the hand grips. Turtle Beach says these feature “micro-cooling channels” to help keep your hands cool and dry. The triggers, too, have a textured surface to help prevent slippage.

Beyond that, it also comes with a very lengthy 30+ hour battery life for long play sessions. And it supports play-and-charge so you can plug it in when you need to without having to quit your game. Plus it comes with a 10ft. braided cable for wired play with Xbox Series X|S and Xbox One consoles. It can also be used in wired mode for PC gaming, but PC gaming also supports the wireless play if you prefer a more freeing experience.

Packed with features and a free month of Xbox Game Pass

Although the controller would seem pretty good if it added literally nothing else, there’s actually a handful of other features on offer. For example, it comes with a free month of Xbox Game Pass Ultimate. And although this isn’t really a feature, it’s a nice perk.

Players who use the controller for Xbox and PC can access things like Turtle Beach’s Superhuman Hearing audio enhancement. And for those who like custom controls, the Recon Cloud Hybrid has two mappable quick action buttons on the back. Additionally, there’s a 3.5mm audio port for wired headset use, support for Pro-Aim Focus Mode, vibration feedback, and even game and chat mix controls.

Basically, the controller has a ton of features. Turtle Beach’s Recon Cloud Hybrid controller is available for $99.99 in Black and Blue Magma starting October 15, with pre-orders already open.