Making Use of the Circular “Stencil”

There are so many creative ways of using our digital scrapbooking supplies. Some are obvious, others aren’t. Today I’m going to show you some of the ways I used the paw print circular stencil we created in our last tutorial. These are only a few of the ideas and each of them can be improved upon with a little ingenuity.

This first one is a simple stencil effect using a brush. I thought this coloured pencil effect was interesting. There’s a similar demo set of brushes at Brusheezy.com. My background is a subtle gray chevron paper from Aimee Harrison‘s kit Bring Happiness (retired). I covered the stencil with the brush, stamping with it until the prints were completely covered, then cut away the overlap. To give it a bit more substance, I applied a stroke around the outside. 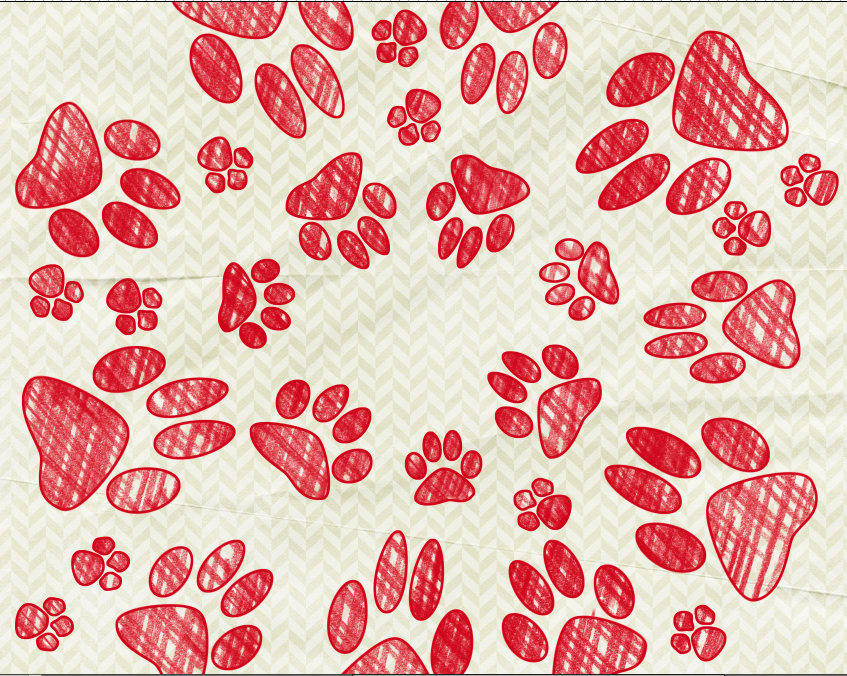 For this look, I reduced the size of the stencil so it filled one quarter of the paper. Then I filled it with a slightly darker shade of gray and changed the Blend Mode to Multiply and decreased the Opacity to 35%. I Copied (CTRL/CMD>J) the layer and redistributed the Copies so they filled each of the corners of the paper. This would be so cute on a newsprint background! 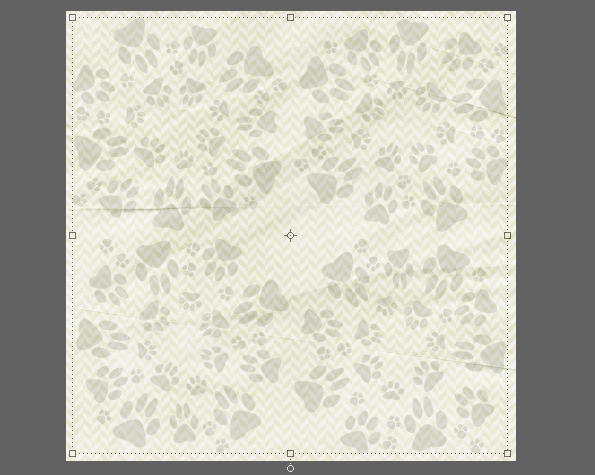 Here, all I’ve done is recolour the red print to the same dark gray as the rest of the prints then apply a Bevel style (Scalloped Edge) to the whole grouping. 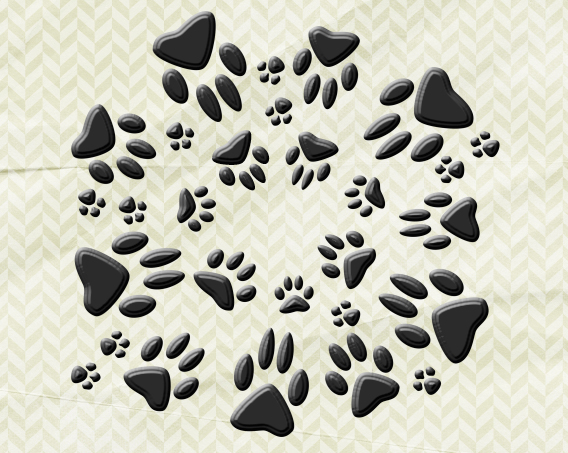 This is another Bevel style, the Simple Sharp Outer. It creates a puffy-sticker look. 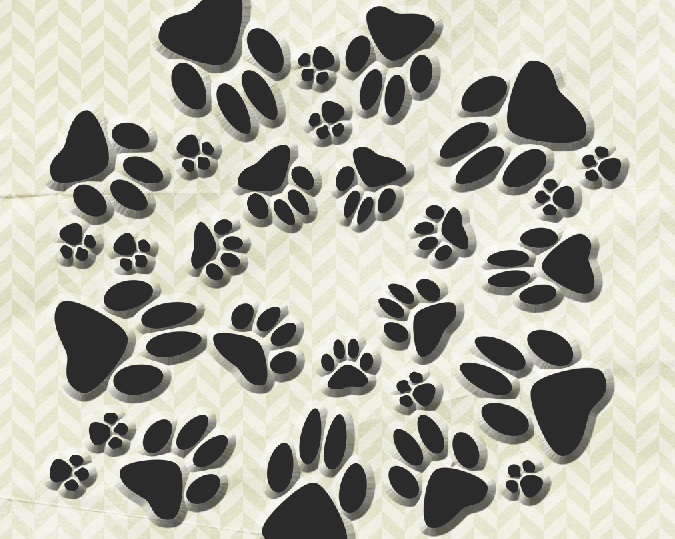 As you can see, I’ve applied a black Glitter Style from Just So Scrappy‘s Up on the Housetop set to this version. 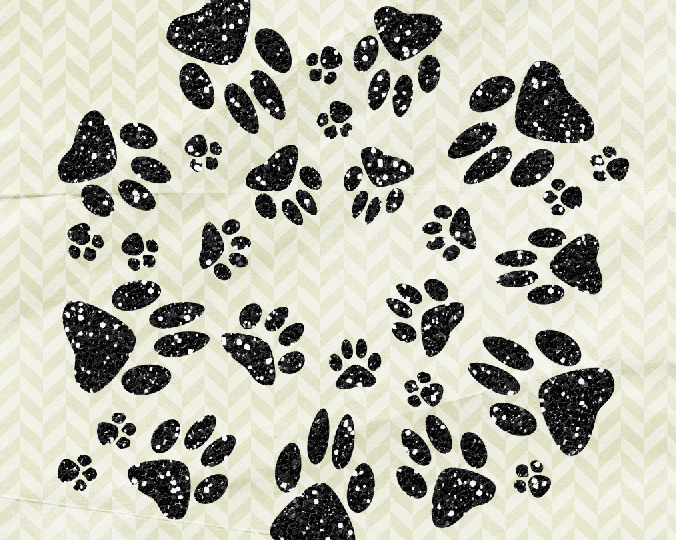 To achieve this 3D glossy, sparkly look, I used a Glitter Gloss style from the same set as the plain glitter. 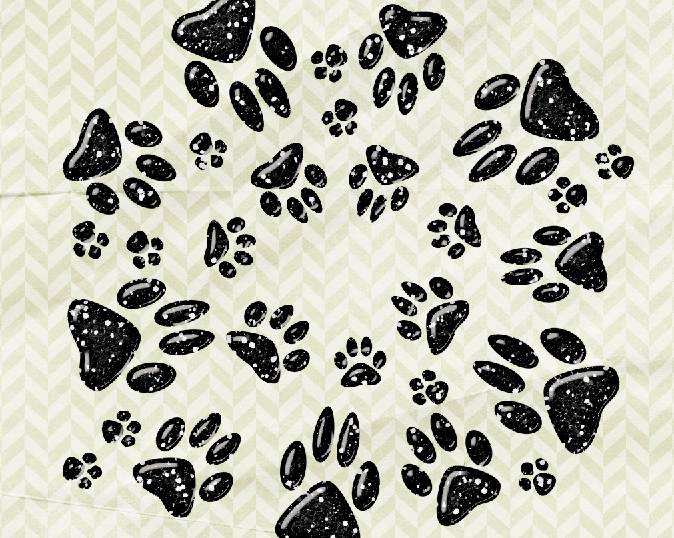 And for another look, I applied a Chipboard Style from the expanded set of Up on the Housetop‘s Styles. 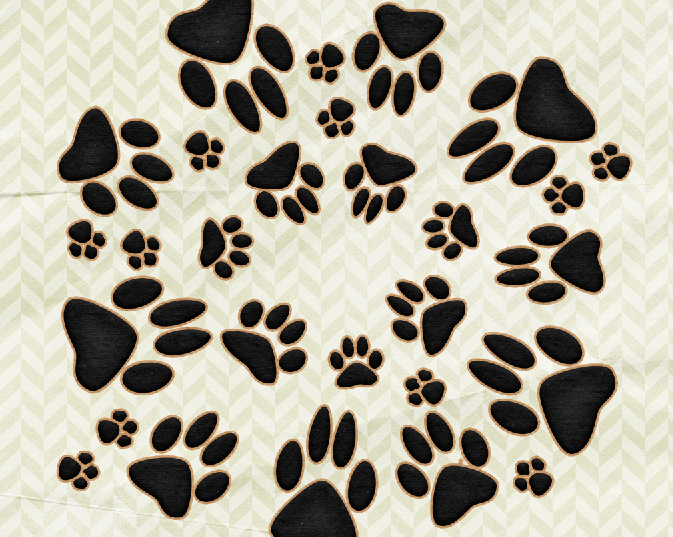 Next, I used the stencil to create a cut-out. The papers are from Jumpstart Designs‘ Better Together (retired). A narrow shadow gives the illusion of space between the papers. 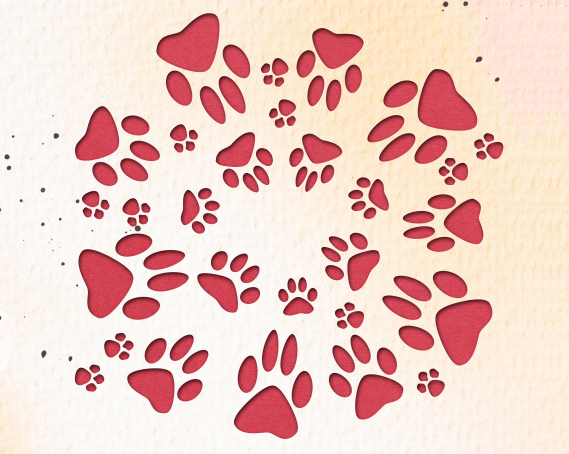 Reversing the script, I cut the paw prints out of the foreground paper and floated them over the cardstock. 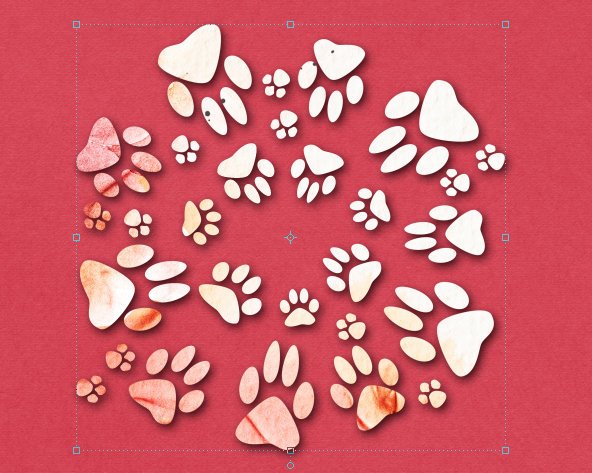 The video this tutorial was inspired by used a shimmery texture paste to add dimension to the card the demonstrator was making. I went through my stash and found some gesso splatters also created by Sheri of Jumpstart Designs. You can find some of her gesso here. Don’t know what gesso is? It’s a mixture of paint (usually white) and a binder like chalk, gypsum, pigment or a combo of them. It’s thick and dried quite hard, with a lot of surface texture. I covered the stencil as much as possible, layering the gesso splatters on top of each other for even more depth. Then I gave each of the gesso layers a faint shadow, adding dimension to each. Once all the layers were shadowed, I cut away the overlap and this is what was left. It looks so organic! 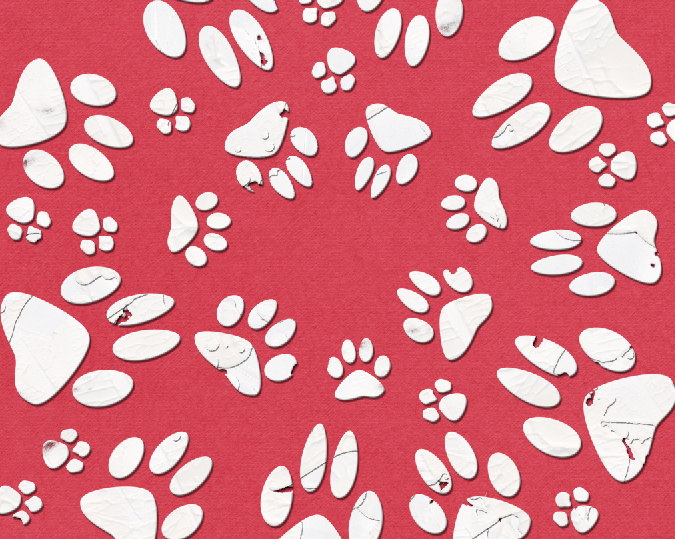 To come even closer to the card in the video, I then applied a superfine white Glitter Style and changed the Blend Mode to Multiply with an Opacity of 60%. 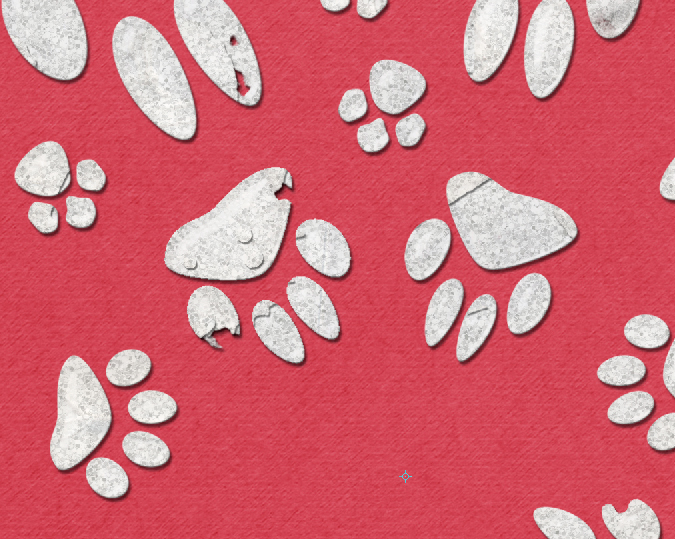 These were the ideas that popped to mind. I’m sure you’ll have some ideas of your own. Steph (CalGirl) used the tutorial to create this beautiful layout. Rather than using a Custom Shape, she used a shamrock element from Karen Schulz‘s This Is Me March kit as her shape and clipped a paper to the stencil. 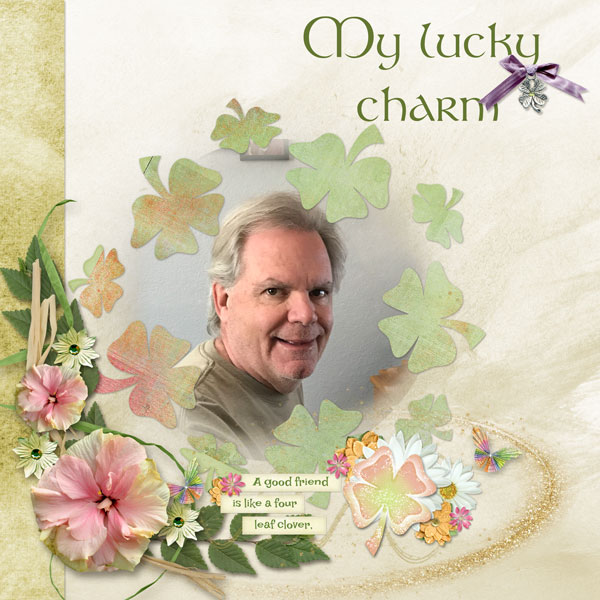 If you’d like detailed information on any of the techniques I’ve described please drop me a note in the Comments and I’ll show you how I got there.

See you next week!

Here is a link to the PDF version of this tutorial: https://bit.ly/38NSlyV