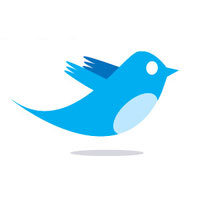 A few days ago we ran a post that described how to find breaking news on Twitter. Our suggestion was to watch for trending terms on sites like Twopular and the Twitter search page, and then compare them against search and news trends using Google Trends to find articles about trending topics.

A new project from Yahoo! developer Vik Singh called TweetNews gets halfway toward automating that process. Singh’s project mashes up Twitter with Yahoo! News by using Yahoo!’s Build Your Own Search Service. Singh’s mashup pairs fresh news on Yahoo! with recent, related Tweets, so a search for news about next Tuesday’s inauguration will bubble up the latest news and tweets.

What TweetNews doesn’t do so far is automatically track trending terms on Twitter, so you’ll still need something like Twopular for that. Once you identify trending terms, though, TweetNews might do a better job of finding the articles about that topic that are actually the freshest and most related — rather than having you wade through a ton of similar and duplicate stories as Google News does. At least in theory.

There are some issues, though. Tweets never actually seem directly related to the article at hand. Earlier today, for example, an article about California Governor Arnold Schwarzenegger attending the inauguration of US President-Elect Barack Obama was accompanied by tweets linking to an article on the blog Mashable about inauguration video streams on Joost. TweetNews seemed to know that both the tweets and the article were about the inauguration, but there was nothing in the tweets that should have suggested that that particular news story was more important than others.

Further, at one point today a tweet saying simply, “I’m going to the INAUGURATION!” appeared as a related Tweet on almost every news story that came up via the search. Tweets associating with multiple news stories is a common occurrence on the service.

However, despite its flaws, Singh’s idea has merit. “Twitter as a ranking signal for search freshness may prove to be very useful if constructed properly,” writes Singh in a blog post. With work, TweetNews could definitely work well at exposing the most relevant and up-to-date news stories regarding breaking news.

The site’s code is open source and available for download on Singh’s blog. We really hope some enterprising hacker will take Singh’s creation and work out the kinks.