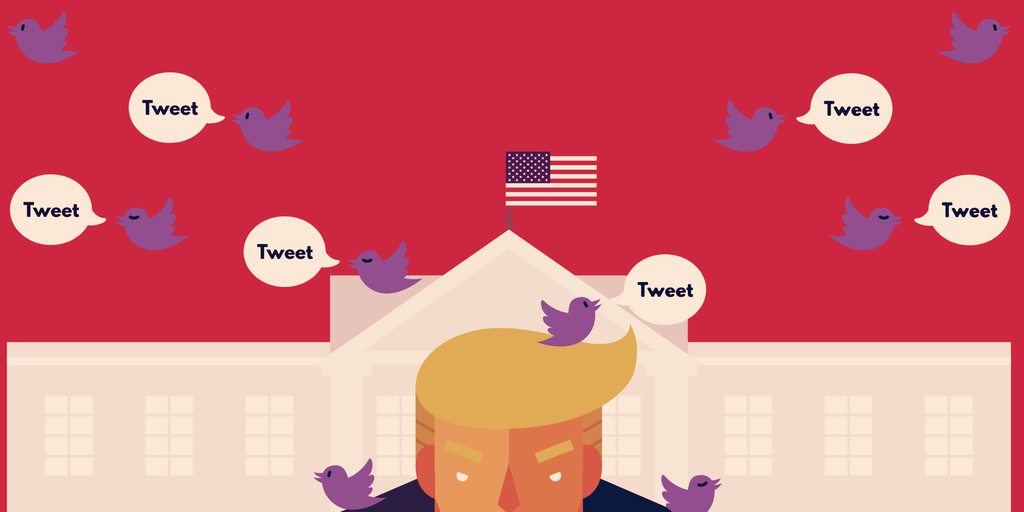 Twitter fact checked one of President Trump’s tweets late last night where he suggested some votes in the election might not be counted. While the social media site has done this several times before, doing so on election day has drawn criticism on crypto Twitter.

“We are up BIG, but they are trying to STEAL the Election. We will never let them do it. Votes cannot be cast after the Polls are closed,” President Trump said in a tweet in late US time on the west coast, early morning on the east coast. Twitter promptly stopped users from being able to comment on the tweet and warned that “some or all of the content shared in this Tweet is disputed and might be misleading about an election or other civic process.”

The policy has caused controversy across America and in the crypto community. Some believe Twitter’s actions are necessary to stop the spread of misinformation, but others say Twitter is interfering with the election.

“Motives are simple. BigTech & the mainstream media do not want a second Trump term. The American people are well aware of the one sided agenda BigTech/Media is pushing. We are not going to stand for it,” Jared Tate, founder of DigiByte, told Decrypt.

Speaking about Twitter CEO Jack Dorsey, Tate added, “Jack will be facing the full wrath of the American people and the US Government by Friday.”

Others in the crypto community were also critical of Twitter’s decision to limit how users can interact with Trump’s tweet.

“Insane that a president is talking about how votes shouldn’t be counted. Also fucking insane that Twitter is natively limiting the re-sharability of this tweet,” said David Hoffman, founder of Bankless, a tool for crypto finance.

In contrast, there are those in the crypto industry that understand Twitter’s stance.

“In my opinion a strong belief in free speech is consistent with believing that a company is not required to provide a platform to amplify such speech,” Matthew Graham, CEO of Sino Global Capital, told Decrypt, adding, “the First Amendment does not obligate a corporate or person to provide a megaphone of any size, shape, or type.”

During an election as important as the one America faces today, this perspective becomes even more important. “I would add that during a heavily contested election it is especially important to not allow false or misleading information to spread unchecked,” Graham said.

The controversy speaks to a wider issue of social media’s role in combating fake news and facilitating political discussion online.

Fake news and freedom of speech

Particularly since America’s 2016 election—where Twitter was allegedly exploited as a tool for foreign electoral interference—questions have been asked about the social media platform’s appropriate role in public discourse.

For Republican Senator Ted Cruz, Twitter is way out of line.

“Mr. Dorsey, who the hell elected you and put you in charge of what the media are allowed to report and what the American people are allowed to hear?” the Senator asked Twitter CEO Jack Dorsey, during a hearing in the Senate Subcommittee on Communications, Technology, and the Internet, last week.

Bitcoin Briefly Breaks $14,000 as US Election Too Close to Call

Amidst the arguments, Twitter has said that any attempts to undermine Twitter’s integrity is “antithetical to our fundamental rights and undermines the core tenets of freedom of expression.”

According to Twitter’s website, this policy prohibits “posting or sharing content that may suppress participation or mislead people about when, where, or how to participate in a civic process.”

Specifically, the policy addresses four areas of misinformation. Misleading people about participation in elections or other civic processes, suppressing and intimidating others, offering misleading information about outcomes, creating accounts that show false or misleading political affiliation.

Those statements which are not included in Twitter’s civic integrity policy are: inaccurate statements; organic content that is polarizing, biased, or hyperpartisan; discussion of public polling information; voting and audience participation for competitions; and using Twitter pseudonymously to discuss politics.