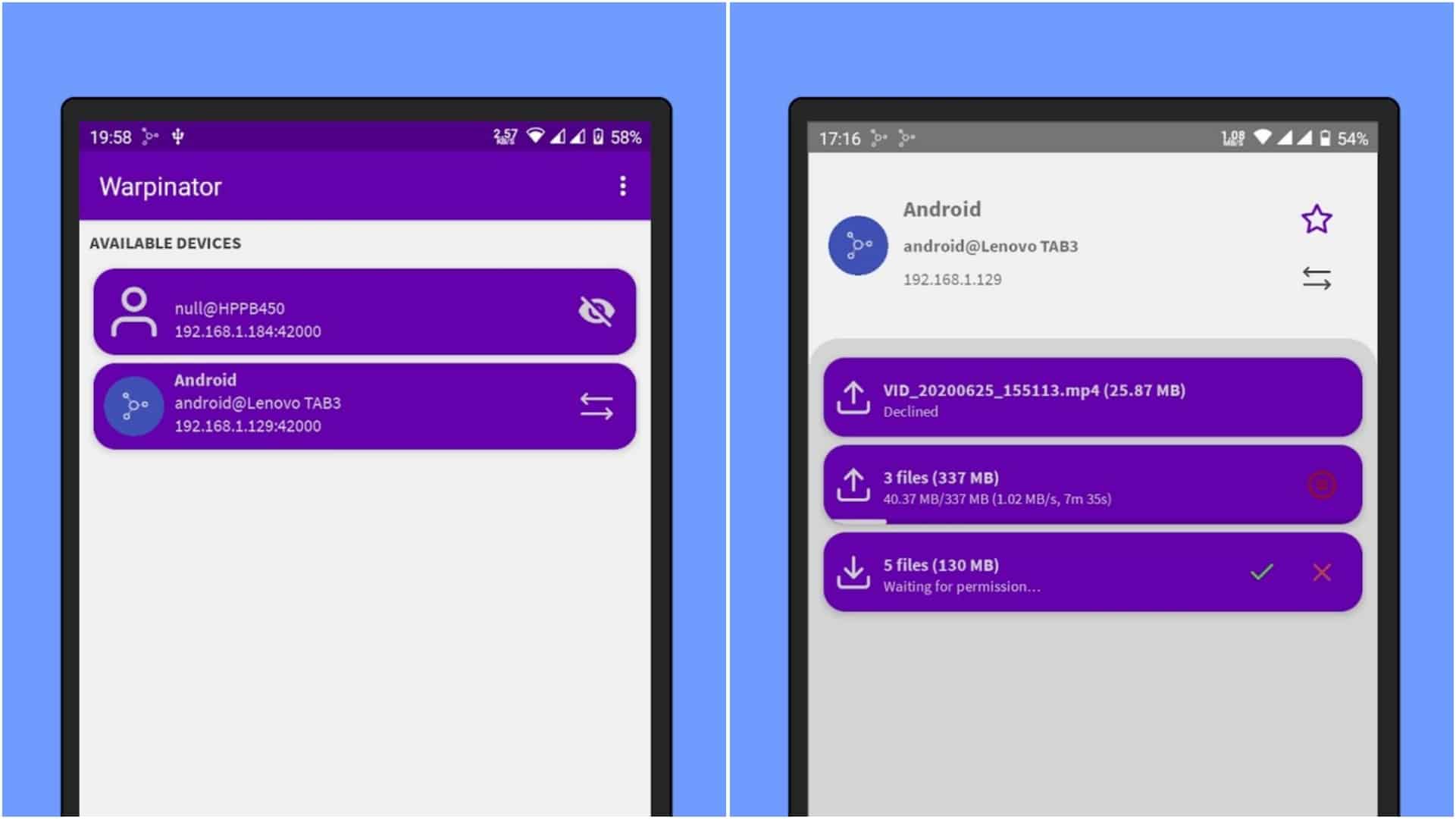 Linux Mint’s ‘Warpinator’ file transfer app has arrived to Android. Do note that this is an unofficial port, though. Still, the app works great, and if you’re in need of something like that, you should try it.

There is a reason why the app stands at a 4.7-star rating after 77 reviews (at the time of writing this article). Its design is extremely simple, and it does one thing it’s meant to do really well.

This app copies files over a local network, and until now, it worked on Linux-based operating systems only. Now it’s available on Android thanks to Slowscript, a Czech-based developer.

Warpinator file transfer app is here, and it even works on phones without Google Mobile Services

You can use this app to copy files to / from a Linux PC, or copy data from other Android devices. This app can even be used to replace Nearby Share, especially if your device doesn’t run Google Mobile Services.

The app’s UI is extremely simple, and that’s a good thing

This app’s UI can not be simpler, and that’s not a bad thing at all. This app completely focuses on transferring files, and won’t bother you with a bloated UI, or features you’ll never use. Also, ads are not included, and neither are in-app purchases.

The app can automatically discover compatible services on a local network. It works over both WiFi and hotspot. You can transfer basically any file type over this app, and also transfer entire directories.

The app can run multiple transfers in parallel, while you can limit who can connect using a group code. There is an option to start the app when you power on your device as well.

This app is worth trying, especially if you’re a Linux user, though you can use it for Android devices exclusively as well. If you’re interested, the download link is included below.