It appears that the Waterfox web browser has been sold to System1 recently, the same company that bought the Startpage search engine some time ago. To be precise, Startpage was bought by Privacy One Group Ltd which System1 owns. System1 is an advertising company that tries to "make advertising better and safer, while respecting consumer privacy".

Privacy expert Liz McIntyre, who was involved with Startpage prior to the ownership change, noticed in October 2019 that System1 was looking to hire a web browser developer. She decided to keep an eye on potential web browser sales as it was likely that System1 was interested in buying an established web browser with a user base instead of building one from scratch. 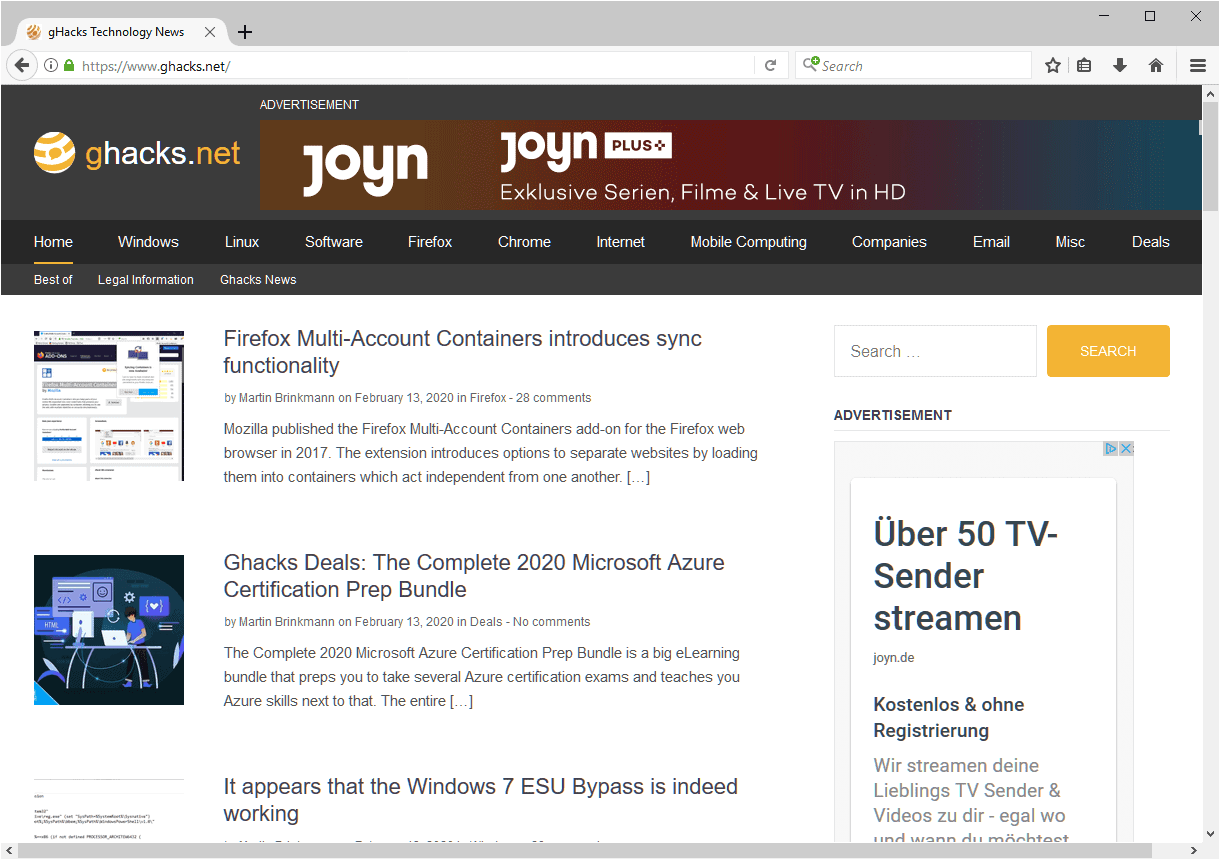 The job description provides insight on the potential target: It revealed that development would focus on the Mozilla platform and that a key goal was to keep a classic version of the browser up-to-date.

System1 is hiring a Web Browser Developer to join our team. This is a diverse role that will involve “hacking” on the Mozilla platform, mostly on the backend. You will work with experts who know the Mozilla platform inside-out, while being a key contributor to novel open-source products which already have a passionate and growing user base.

Key goals for this role: Keep a “classic” version of the browser up-to-date with security patches; update components where possible and create better compatibility with legacy add-ons for the newer version of the platform that supports them. Build system work is required for this role sometimes, but that’s one of the fun parts!

There are not that many browsers that match the description which made the most popular ones, Waterfox and Pale Moon, the most likely target for a sale.

No announcement has been made yet on the official Waterfox website or by System1. A thread on Reddit provides insights on the deal.

The blog post that he plans to publish later today may reveal additional information and insight.

There are apparent similarities between the Startpage and Waterfox deals. A level of secrecy surrounds these deals which leads to all sorts of speculations. Kontos mentioned on Reddit that transparency is important to him and it will be interesting to see if all important details of the deal are revealed in the upcoming blog post.

It is too early to come to a final conclusion but if history repeats itself, answers won't be provided to some of the most pressing questions.

Now You: What is your take on this?

Thank you for being a Ghacks reader. The post Waterfox web browser sold to System1 appeared first on gHacks Technology News.