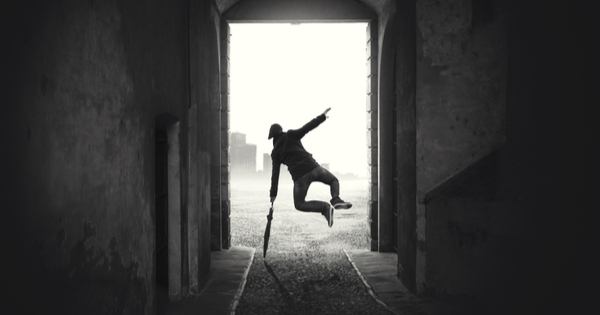 I’ve been thinking a lot lately about what I want the next part of my life to look like. Call it a mid-life crisis or a period of introspection.

I suspect it’s normal to be curious about the future. But I wonder how much of the present I’ve missed over the years because I was trying to envision the future. Reminds me of my favorite country song and the “greatest video of all time”. “All time”

When I was ten years old,

I remember thinkin’ how cool it would be,

When we were goin’ on an eight hour drive,

If I could just watch T.V.

And I’d have given anything

To have my own PacMan game at home.

I used to have to get a ride down to the arcade;

Now I’ve got it on my phone.

Welcome to the Future

Some therapists refer to this as “future tripping”.  What is future tripping? At its most basic, future tripping is peering into the imagined future and anticipating the outcome. Typically a worst-case scenario outcome.

I imagine this is one of the many things that separates us from the animals. I doubt that my wiener dog worries about tomorrow, unless we’re low on dog treats. Or she thinks it’s gonna rain. She hates rain.

Thinking about the future can be instructive when we envision a pleasant outcome. But even then, spending too much time in the future can be problematic. It can make us restless. And when we’re restless we tend to ignore the joy in our everyday lives.

A very religious man was once caught in rising floodwaters. He climbed onto the roof of his house. A neighbor came by in a canoe and said, “The waters will soon be above your house. Hop in and we’ll paddle to safety.”

“No thanks” replied the man. “I’ve prayed to God and I’m sure he will save me.”

A short time later the police came by in a boat. “The waters will soon be above your house. Hop in and we’ll take you to safety.”

“No thanks” replied the religious man. “I’ve prayed to God and I’m sure he will save me.”

A little time later a first responder helicopter hovered overhead, let down a rope ladder and said: “the waters will soon be above your house. Climb the ladder and we’ll fly you to safety.”

“No thanks” replied the religious man. “I’ve prayed to God and I’m sure he will save me.”

Soon the water level reached above the roof and the man drowned.

When he arrived at heaven he demanded an audience with God.  He said, “Lord, why am I here in heaven? I waited on you to save me from that flood.”

“Yes you did,” replied God. “And I sent you a canoe, a boat and a helicopter. But you never got in.”

That’s an extreme example, but you get the point. Sometimes when we are so carefully anticipating what the future will look like, we tend to miss what passes right before our eyes.

I ran into a former colleague that I worked and traveled with for seven years. We’ll call him Terry to protect his identity. We had a ball hashing and rehashing funny stories from the road.

I recall one very hot summer night in Savannah, Georgia. Terry had been “over-served” beer by a local bartender. Around 2:30 am he checked into an old school motel. The dumpy ones that have two floors so you can park outside your room.

Upon entering his second-floor room he realized the Air Conditioner was broken. Tired and over-served, he stripped naked and fell on top of the super-clean bedspread.

Two hours later he was awakened by the overwhelming need to empty his bladder. He popped up and ran for the bathroom, closing the door behind him. Except it wasn’t the bathroom door he closed. Yup, it was the motel room door.

He found himself outside naked as the day he was born. His only option was to walk to the front desk. As he approached the desk he realized the Denny’s in the lobby was packed with second shifters from the Dixie Crystal Sugar plant.

The entire restaurant turned to see Terry coming down the stairs-buck naked. He got a standing ovation at 4:30am from 75 restaurant patrons. He waved to them and took a bow. He then walked straight to the front desk, rang the bell and asked to use the restroom. Yes, traveling with Terry was always eventful and I miss our adventures.

After several stories and a lot of laughs, my friend “Terry” said,

…..those were the good ole days, huh?

The question I have is:

Did we know they were the good ole days at the time?

Her Middle Name is Hartsfield

One afternoon we were changing planes in our hometown of Atlanta.

My friend Terry said, “I’ve got a problem. My wife just called and she’s ovulating today.”

They were in the midst of trying to have a second child. He informed me that he’d miss the connecting flight and see me in Chicago.

When I saw him at breakfast the next morning in Chicago, he just winked at me and said, “mission accomplished”. He was pretty proud of himself.

To this day I don’t know where the bone dance took place, but he swears they never left the world’s busiest airport. About fifteen weeks later he winked at me again and said, “mission accomplished”.

They had conceived their daughter somewhere in the bowels of Hartsfield-Jackson International Airport. Those were the good ole days. Terry’s daughter is in college now.

I wish somebody would have told me babe

Some day, these will be the good old days

All the love you won’t forget

And all these reckless nights you won’t regret

You’ll miss the magic of these good old days

Perhaps we didn’t recognize the good ole days cause we were too busy future tripping.

Too busy thinking about how good life was gonna be in the year 2021 or so.

When our kids are in college.

When our 401k balances will be bigger than our mortgages.

When we won’t be worried about our careers.

Or making the next mortgage payment.

Or changing the next diaper.

And now that we’re here in the future, life is great, for sure.  But we find ourselves longing for the good ole days.

When there was more green grass in front of the mower than behind the mower.

And our wallets and waistlines were thinner.

And everyone we loved to death was alive.

And we could tuck the kids in at night.

And tell them a funny story.

And watch them giggle.

And hum them to sleep.

So I’ve spent some time lately thinking about what I want the next part of my life to look like. With a bigger 401k and no diapers comes a little wisdom.

I think I’m just gonna let the next part of life happen on its own. Embrace the mystery of life.

Hang on to the handlebars a little but, as much as possible, put my hands in the air and enjoy the ride. The wind in my thinning hair. See where it takes me.

Feel the fear, enjoy the joy. And watch the magical journey unfold with all its ups and downs. I hope you’ll join me.

Welcome to the future.

What does the next part of your life look like?

The post Welcome To the Future: Embrace the Mystery of Life appeared first on The Good Men Project.

LaptrinhX
—
Welcome To the Future: Embrace the Mystery of Life
Share this