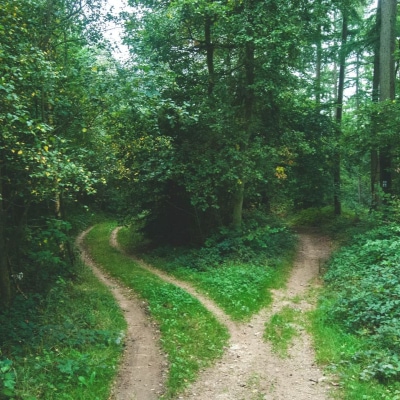 Over the last year, it seems like we’ve had to make more stressful decisions than ever before (even regarding positive developments, such as which vaccine to get!), so we thought it’d be a good time to ask about decision-making styles. Specifically: Are you a satisficer or a maximizer? In the comments on a post earlier this year, readers had a couple of discussions about this, and we thought it’d make an interesting topic for today — so let’s discuss!

Are you a satisficer or a maximizer? How do you prefer to make decisions? Do you feel like your decision-making style has changed over the years?

In case you’re not familiar with the concept of satisficer vs. maximizer (I actually first learned about it from those comment threads!), here are a few key points:

1. From “How You Make Decisions Says a Lot About How Happy You Are,” The Wall Street Journal:

“Maximizers” like to take their time and weigh a wide range of options — sometimes every possible one — before choosing. “Satisficers” would rather be fast than thorough; they prefer to quickly choose the option that fills the minimum criteria (the word “satisfice” blends “satisfy” and “suffice”).

2. From the abstract of “Maximizing Versus Satisficing: Happiness is a Matter of Choice,” Journal of Personality and Social Psychology:

Compared to satisficers, maximizers are more likely to experience lower levels of happiness, regret, and self-esteem. They also tend to be perfectionists.

Well, then. Judging from those quoted passages, it sounds like life as a maximizer can be pretty rough. Still, I don’t know about you, but I feel like I adjust my decision-making methods to the situation — acting as a satisficer or a maximizer as appropriate. (On the other hand, I do find myself spending way too much time on relatively unimportant issues, for example, choosing winter boots for my son. With items like that, I try to find the perfect intersection of price and quality — to spend as little as possible without buying a low-quality item — and that can be very time-consuming.)

Another decision-making trap I sometimes fall into, which I’m sure some of you do, too: Put off a decision for so long that either the choice is eventually made for me, or I miss out on both opportunities (“Not to decide is to decide,” as the saying goes…)

A Few Tips on Making Decisions — for All Decision-Making Styles

While I’m not an expert on decision-making (or accepting a decision once you’ve made it), I have some strategies to share:

1. One method I’m trying to rely on more may sound oversimplified but can be a big help: Go with your gut. When you set aside all the pros and cons for a moment, what does your intuition tell you? Which choice has kept rising to the surface during the decision-making process?

Often, when I’ve regretted making a particular choice, I’ve realized I should have gone with my gut feeling. In this article from The Conversation, a neuroscientist explains why it’s “time to stop the witch hunt on intuition.” She believes that we should use both intuitive thinking and analytic thinking and weigh them against each other.

2. Flip a coin. If Option A wins, and you suddenly feel disappointed, Option B could be the winner. This Psychology Today article explains: “One way [a coin toss can help] is by “making us aware of a preliminary decision we may have already made but are not consciously aware of.” (Ummm, I may have first heard about this trick from Friends. Also, I told my 10-year-old about this method and he now uses it.)

3. If you keep second-guessing yourself, focus on this well-known saying: “Don’t let ‘perfect’ be the enemy of ‘good.'” Similarly, at my undergrad alma mater, we relied on this mantra during final-exam time and beyond: “Done is good.” (Some students make to-do checklists on poster board and hang them in the dorm hallways — like these. You are never too old to be motivated by candy!)

4. The other day, I happened to take a screenshot of an unattributed quote in an Instagram story — Google later revealed it to be an excerpt from Deepak Chopra’s The Book of Secrets. It encourages us to resist seeing decision-making purely as a matter of right and wrong. The excerpt reads:

If you obsess over whether you are making the right decision, you are basically assuming that the universe will reward you for one thing and punish you for another. The universe has no fixed agenda. Once you make any decision, it works around that decision. There is no right or wrong, only a series of possibilities that shift with each thought, feeling, and action that you experience.

5. Don’t automatically start making a big list of pros and cons. This is the classic decision-making advice, of course. For some people, this method makes two options easier to weigh; for others, it just muddies the waters and causes more stress. More thinking can lead to overthinking and analysis paralysis. (I have to say I never make pros/cons lists, for better or worse.)

6. Realize that sometimes all of the research in the world won’t account for everything. It’ll rain on the day you planned to hit the best outdoor market; the refrigerator you painstakingly researched will have a weird part break a year after you buy it; the job you agonized over taking is ruined by the micromanager who joined a month after you did.

Readers, do tell: What is your decision-making style? Do you feel that you’re a satisficer or a maximizer? Does it depend on the type of decision you’re faced with? Did you once handle decisions a certain way and then switched to the other? Do you find it difficult to make decisions in general?

The post When You Make Decisions, Are You a Satisficer or a Maximizer? appeared first on Corporette.com.

LaptrinhX
—
When You Make Decisions, Are You a Satisficer or a Maximizer?
Share this