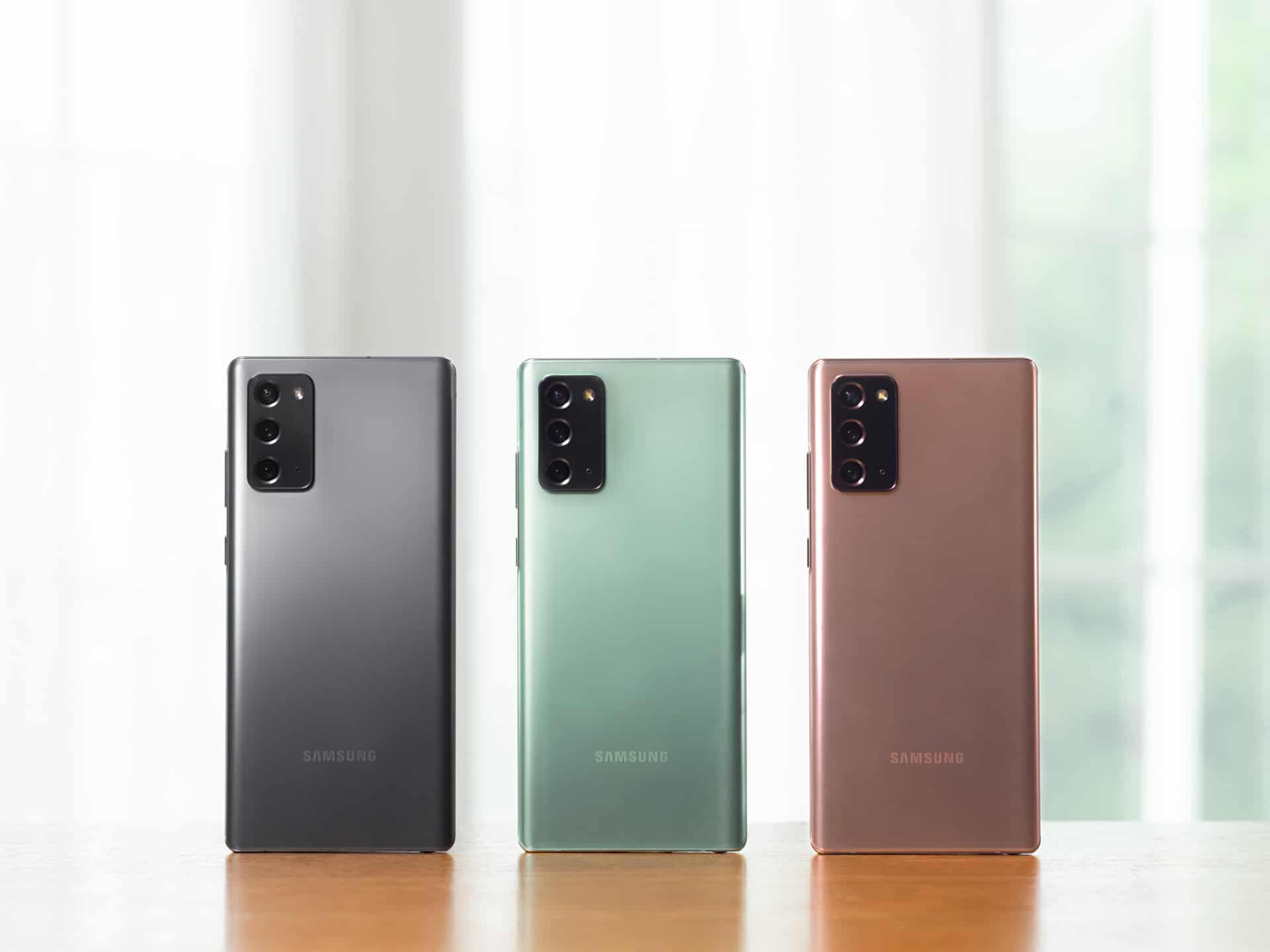 No. The answer is no.

It's quite clear that Samsung made differences to the Galaxy Note 20 and Note 20 Ultra just to justify having two models. No other reason. Samsung could have launched a single Galaxy Note 20 model, and everyone would have been happy.

When you compare the Galaxy Note 20 to the Galaxy S20, that Samsung launched earlier this year, it's hard to justify the existence of this phone.

And with the Galaxy S20+, you're getting a high-refresh rate display, a higher-resolution display, a larger battery, as well as a glass back. Since Samsung decided to give the Galaxy Note 20 a polycarbonate or plastic back. And judging by early hands on of the Galaxy Note 20, it doesn't feel great.

Now, yes, I know that Note purists are going to say that the Galaxy S20+ doesn't have the S Pen. That's true. It does not. But, the Galaxy Note 10+ does. And it has most of the same specs, plus a glass back, for a lot less – since it has been out for a year now. Sure it's missing 5G, but that's not a big deal. 5G isn't really widely available, and if it is, it's slower.

So the Galaxy Note 20 isn't really worth it, from a specs perspective.

Samsung used to get a lot of flack for using plastic on their smartphones many years ago – we were some of the ones giving them that flack. It makes the phone feel cheap. But when we're looking at cheaper phones like a $350 Galaxy A series or even a $500 phone, that's okay. Because it is an inexpensive phone with some decent specs.

But when you're paying $999 plus tax for a phone, and it's made of plastic, that's just not any good. Not when literally every other phone on the market has a glass back at that price, or even cheaper.

I am well aware that when you drop a plastic phone, it's not going to shatter. At least the backside won't. But the front will likely still shatter. So it is slightly more durable, but you're still going to put a case on it. And I'm sure many of you are shouting that at me right now. Putting a case on a phone shouldn't excuse a company from being cheap with materials.

The regular Galaxy Note 20 should have been priced at $699 at the most. At that price, I can kind of forgive Samsung for cutting some corners like the 60Hz display, and the plastic back, and a few other things that are issues with this phone.

But at $999? It's tough to recommend this phone to people. When you can get almost the same phone – without 5G and coming with a slightly older processor – in the Galaxy Note 10+ for about half that price.

Samsung kind of shot itself in the foot. If Samsung hadn't moved away from plastic starting with the Galaxy S6 and started making some absolutely stunning phones in the following years, we probably wouldn't have batted an eye at the plastic-backed Galaxy Note 20. But they did, so we do.

Let's not forget the ads Samsung pushes on its phones, too

We also can't forget, that after paying a grand, you are still getting ads in your notification shade.

This goes for every Samsung smartphone, even the $1499 Galaxy S20 Ultra.

It's pretty absurd that after paying that much for a phone, you're still subject to ads. I mean, the Pixel doesn't even serve ads like that, and Google is a freaking ad company.

There are ways to sort of, turn off these ads. But that's not the point. The point is, if you are paying full price for a phone, you shouldn't have to be forced to see ads. With Amazon's products (like the Fire tablets), it's okay. And that's because you are getting the product for less, in exchange for seeing ads. That's not the case with Samsung. You're paying the same price whether Samsung shows you ads or not. Thankfully, they don't appear every time you pull down the notification shade, though.

Samsung's lineup is getting as confusing as Motorola's

We've been talking about this internally here at AndroidHeadlines for a few months now, and with the Galaxy Note 20, I agree. Samsung's flagship lineup is about as confusing as Motorola's entire lineup. Where there is a whole new model, just for dropping a few things. Now Samsung is still not quite there with Motorola. Where it adds more RAM and storage and it becomes an entirely new phone. But it's getting close.

Samsung could have easily given us two Galaxy S20 models and a single Galaxy Note 20 model, without any of them encroaching on their space.

Let's take the Galaxy S20 Ultra and Galaxy Note 20 Ultra for example. They are literally the same. Slightly different design, and the S20 Ultra has a larger 5,000mAh battery while the Note 20 Ultra fits in an S Pen.

Samsung used to sell close to a hundred million Galaxy S devices, and slightly smaller numbers for the Galaxy Note series. Those numbers have dwindled in recent years.

There's a number of reasons why that has happened: higher priced smartphones, a lot more smartphone options, etc. But by far the biggest reason is likely the oversaturation of smartphones. Mostly from Samsung themselves.

Their flagship lines – Galaxy S and Galaxy Note – alone have five models this year. Never mind talking about their mid-range and low-end smartphones in the Galaxy A series. And that's where Samsung really makes its money. On top of that, there are more competitive smartphones on the market now from OnePlus, Apple, Google, and others. Which is taking away market share from Samsung.

If Samsung is listening, 2021 is the year where you start over. Give us two Galaxy S smartphones and two Galaxy Note smartphones. But make all four of them distinctly different. A smaller Galaxy Note would be amazing for those that want a smaller phone, but still want the S Pen and flagship specs. With the Galaxy Note 20, they are pretty much the same size (6.7 vs 6.9 inches).

It's good to have options, but right now, Samsung has too many options.

The post Why Does The (Regular) Galaxy Note 20 Exist? appeared first on Android Headlines.

LaptrinhX
—
Why Does The (Regular) Galaxy Note 20 Exist?
Share this