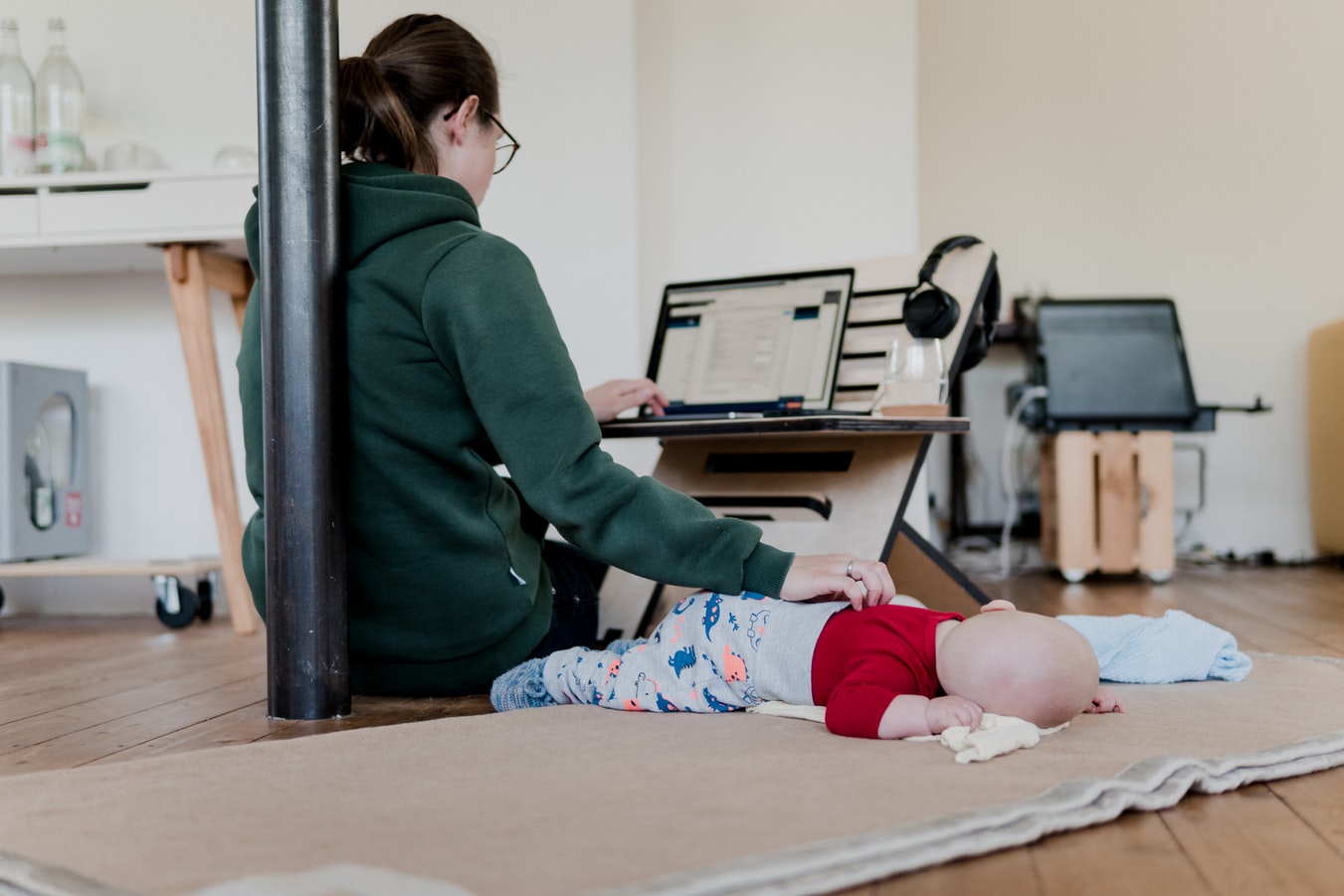 Since the onset of the COVID-19 outbreak in the United States, women have disproportionately borne the brunt of the pandemic’s economic devastation. Literature on gender-related economic divergence during the public health emergency has been mostly concerned with disparities between men and women. Studies looking at parents specifically, including those parsing the pandemic’s effects on working hours and employment levels, have similarly tended to primarily compare mothers to fathers.

Less has been written about within-group employment disparities among women and mothers during the pandemic. Not all women have been affected equally by this crisis. Comparing women to each other rather than their male counterparts reveals substantial variation along parental status and class lines. Our analysis uses Basic Monthly data from the Current Population Survey (CPS) to assess the impact of COVID-19 on employment and labor force participation for women between the ages of 25 and 64. To do so, we compare outcomes from April through December of 2020 to outcomes from the same nine-month span in 2019. This reflects the time period during which states implemented pandemic-related restrictions, including business closures and remote schooling requirements. We assess the impact of parental status by comparing women with and without at least one minor child of their own in their household. We use educational attainment to examine the effect of class, with the lack of a bachelor’s degree serving as a proxy for working-class status. Though an imperfect measure, one’s level of formal education is strongly correlated with job quality, and the possession of a bachelor’s degree is a reliable if blunt way of distinguishing between the professional and working classes.

Working-class women faced steeper declines in employment irrespective of parental status compared to women with bachelor’s degrees. Working-class women without minor children actually saw the greatest increase in unemployment between 2019 and 2020, as their rate more than tripled. However, the uptick in labor force withdrawal was much more pronounced for working-class mothers, suggesting that these women may have been more likely to leave the labor force entirely rather than continue to search for work following pandemic job loss.

Though working-class women have historically been underemployed compared to women with bachelor’s degrees, the pandemic appears to have exacerbated these preexisting class-based employment inequalities, especially for mothers. In 2019, the share of working-class mothers who were employed was 13.4 percentage points lower than the share of mothers with at least a bachelor’s degree who were employed. This gap widened to 16.8 percentage points in 2020, representing an increase of over 25 percent from the previous year. The pandemic’s effect was slightly less pronounced for women without minor children, where the working-class gap grew by 1.6 percentage points, representing a 9 percent change between 2019 and 2020.

Our findings have troublesome implications for the future of labor force participation and employment among working-class women and especially working-class mothers. The “shecession” has not been evenly distributed, and women whose employment and labor force ties were already under strain have been especially hard hit. Women-dominated industries have suffered more profound job losses throughout the crisis, and many of the remaining working-class jobs were on the frontlines of the COVID-19 pandemic; over 70 percent of the frontline workforce meets our definition of working-class compared to just over 65 percent of the workforce as a whole. Most jobs in these industries are not compatible with remote work, which poses a particular challenge for working-class mothers, many of whom have seen their caregiving responsibilities increase amid school and day care closures. The paucity of affordable childcare in the era of remote schooling is especially problematic for working-class parents whose jobs require them to physically leave their homes. In-person work during the pandemic also comes with an increased risk of exposure to a deadly virus, despite the fact that many working-class jobs do not offer paid leave.

It is also worth noting that women of color are overrepresented among working-class women and especially among working-class mothers; our analysis of the CPS data indicates that the latter group was majority nonwhite in both 2019 and 2020. While prevailing media and political narratives in the US often implicitly conflate being “working-class” with being “white,” our analysis builds on previous research showing that people of color make up a disproportionate share of the working class, and that people of color are more likely to self-identify as working class. Just as any policy that endeavors to help women or mothers should take into account class differences, policies aimed at helping the working class must consider its racial, ethnic, gender, and family diversity.

Source: This article was published by CEPR