It seems like Xiaomi is planning to launch three high-end tablets. This information comes from XDA Developers, as some references to these tablets were found in the code.

Xiaomi is looking to launch three high-end tablets, based on MIUI 12.5 code

To be more accurate, they were found in the code of multiple MIUI 12.5 system apps. References to three devices codenamed “nabu”, “enuma”, and “elish”. Methods such as “isPad” were referenced for all three devices. That suggests that certain MIUI apps will show select features on tablets.

On top of that, a recent MIUI Home app version contains a new settings page for demoing system navigation on tablets. You can see that settings page in the image provided below. 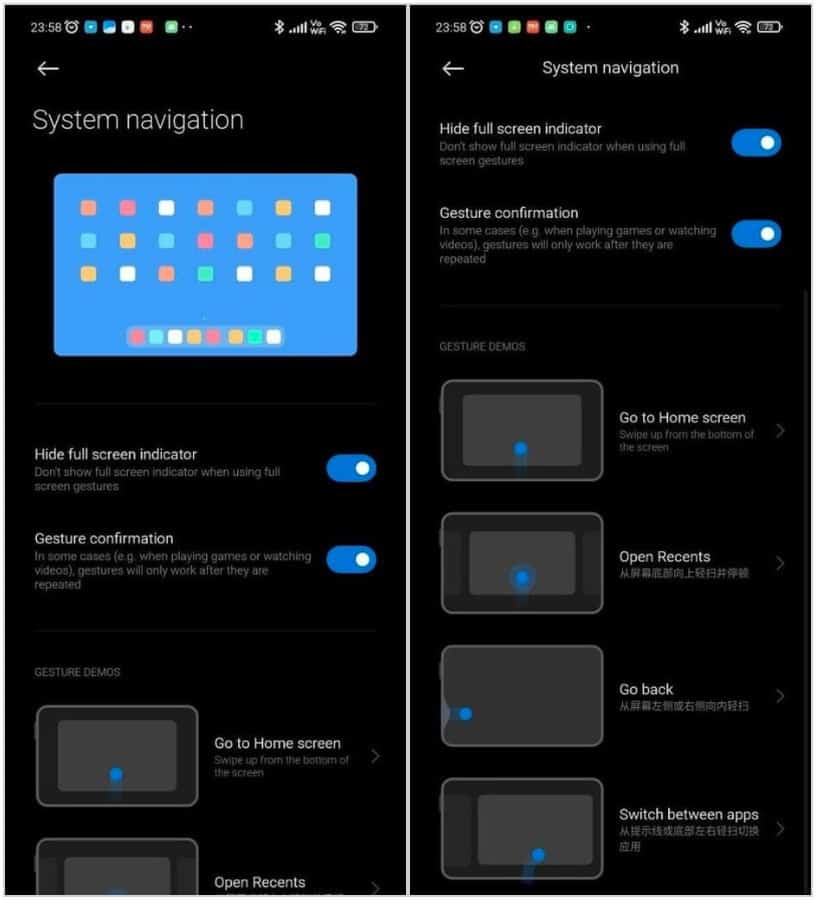 Based on the information that XDA Developers spotted, “enuma” and “elish” will be variants of one another. On the other hand, “nabu” will be a completely separate model. Only “enuma” will support voice calls, which means that it will probably be the only model to offer 4G / 5G connectivity.

A method called “isSplitTablet” was also found. We’re not entirely sure what that means, though. It was also revealed that all three devices will offer a 16:10 aspect ratio, so these are almost certainly not foldables.

All three devices will offer displays with 120Hz refresh rate

All three devices are expected to feature 2560 x 1600 resolution, and offer IPS LCD displays with a 120Hz refresh rate. The “nabu” will sport a 10.97-inch display, while an 8,720mAh battery was also mentioned by kacskrz, a tipster.

Xiaomi seemingly won’t use the Snapdragon 888 SoC in either of its tablets. That is not so odd, though, as it’s a true rarity for a tablet to use Qualcomm’s most powerful processor.

We really didn’t see many compelling Android tablets in the last couple of years, but Xiaomi may change that. It’s looking to boost the competition in the tablet market a bit more.